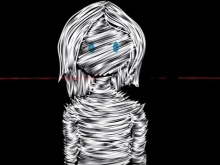 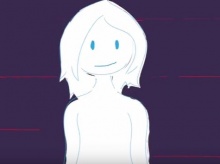 Alice has created an animated film with Fixers 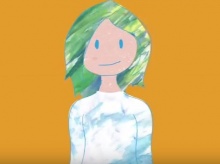 A teenager who began self-harming at the age of 12 has created an informative film encouraging others to ask for help.

17-year-old Alice, whose real name has not been used, wants to show that self-harming is a serious issue that can take on different forms.

‘I was mainly cutting myself, but there were also times when I was drinking, smoking or making myself sick,’ she says.

‘It was very isolating. I felt lonely and like nobody else understood. Because I was so young I didn’t know what was going on, or that anyone else had been through something similar.

‘I want to show that there are lots of different ways to self-harm because people don’t always realise they are doing it to themselves.’

Alice’s recovery began after her family took her to see a counsellor when she was 15.

‘Talking about my feelings really helped me,’ she says.

‘It was also helpful to see positive messages online and that’s why I wanted to make the film with Fixers.

‘I want to encourage those who need help to speak out, as I know how much it helped me personally.’

Alice says her film is aimed at people who are self-harming as well as their family members and friends.

She hopes it will help eliminate stereotypes.

‘You don’t need negative stigmas when you’re going through enough as it is,’ she says.

‘It’s important not to judge. Everyone who self-harms has their own reasons, and every reason can be different.

‘Self-harm is a way of trying to escape reality, by distracting yourself using pain. It’s a method of dealing with difficult feelings or overwhelming situations – you hurt yourself because you don’t know what else to do.

‘It’s an unhealthy coping mechanism and a cycle that can seem impossible to get out of.’

Alice, who lives in Stockport, hopes her film will send a positive message.

‘I want to help other people and send a message that you can come out the other side,' she says.

‘You don’t have to suffer in silence. Self-harm isn’t simple but getting help is.’