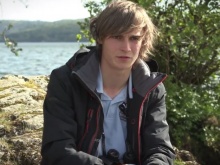 Isaac wants to stop birds of prey being persecuted 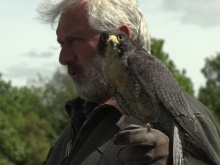 Isaac watched a flying display of a native peregrine falcon 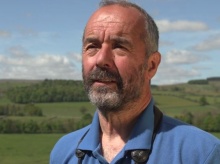 ‘Birds of prey are captivating birds, there is something really extraordinary about watching them. It makes me very frustrated to know that these birds are being persecuted just for being in their natural environment and habitat.’

Isaac Johnston, 19, from Bowness-on-Windermere, is an apprentice at the Cumbria Wildlife Trust. And he's passionate about wildlife - especially Britain's birds of prey, a group of birds known collectively as raptors.

With the help of Fixers, he's throwing a light on the ‘unnecessary persecution of birds of prey,' and calling on the public to help by reporting dead raptors to the police or wildlife groups.

He is concerned that raptors are being killed by rogue members of the UK's shooting community, because some prey on game birds which are bred for lucrative sport shooting.

‘The bird in particular that is under the most threat is the hen harrier, these are really extraordinary birds and we only have three pairs nesting in England,’ he says.

‘The peregrine falcon sees quite a bit of persecution as well. It’s the same story as the hen harrier really, poisoning and trapping.’

Isaac’s concern is supported by Stephen Westerberg of the Royal Society for the Protection of Birds [RSPB].

‘Raptors are coming into conflict with the game industry, where they want to maximise the numbers of grouse, pheasants and partridges to shoot. Obviously birds of prey by their nature will be hunting some of those birds,’ he says.

‘All birds of prey in the UK are protected by law. 70 per cent of the convictions have been for people involved in the game industry. But these birds should be there ... and they aren’t.’

As part of the broadcast story, Isaac visited the Lakeland Bird of Prey Centre, near Penrith, where he watched a flying display of a native peregrine falcon.

Isaac also met an eagle owl, which is just establishing itself as a native UK bird. Paul is suspicious about the disappearance of breeding pairs.

‘In the last decades they have been breeding here and there have been three pairs down in the Forest of Bowland, there was a pair on the RSPB reserve in Geltsdale in Cumbria. They have disappeared now.’

Isaac believes the safeguarding of raptors is down to education.

‘It’s not something that people run into a lot, so I think it is important that we try to teach people and help them understand that this is going on and it shouldn’t be,’ he says.

‘These crimes aren’t often witnessed and they aren’t often documented, so I think it is important that people who are out in the countryside do keep a look out.

'If you find a dead bird of prey, it's important to report it as you never know what could have caused it to die.’