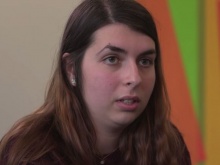 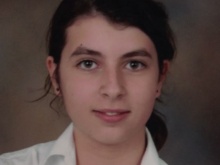 Jenny was diagnosed with Asperger's syndrome when she was 13 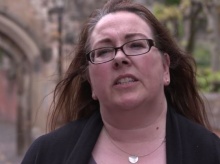 'It can be scary to learn that you have Asperger's syndrome, especially if you have grown up thinking that you don't have it.'

Jenny Brooks, 20, was diagnosed with Asperger's syndrome when she was 13.

Her Fixers project is aimed at getting the message out that autism affects girls as well as boys.

She told her story on ITV News Central on June 8.

Jenny, who is a student at De Montfort University in Leicester, always felt a bit different from other children as she was growing up.

'I was very quiet when I was little, and hardly spoke when I was out of the home,' she says.

'I had problems with my social skills at primary school. People tried to be nice and I tried my best to be friendly back to them but they would get fed up after a bit because I wouldn't talk.

'I didn't really understand what to say to them.

'If my teachers had been more aware they might have helped with my social skills a bit more and maybe encouraged me to talk to other children,' she says.

Like many girls with autism, Jenny learned how to mimic the behaviour of the other children in order to fit in as best she could.

She explains that the condition often goes undiagnosed in women and girls.

'You don’t necessarily get the outward behaviours that you might see in males,' she says.

Jenny's parents became concerned about some of her behaviour as she grew older.

'I started to do homework obsessively. I was a very extreme perfectionist and would do my work again and again until I got it right, but I never felt it was right,' she says.

Keen to dispel the false assumptions the public often makes about autism, Jenny has made a film with Fixers.

She adds: 'I'm hoping my film will help girls who've had a similar experiences to mine. It's alright to be autistic, it doesn't mean you can't do anything with your life.'

Jennie's project was supported by the Wellcome Trust.