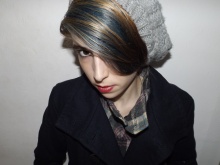 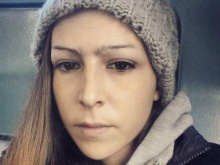 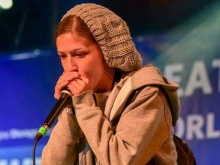 A young woman who finds it hard to read people’s emotions has created an imaginative art installation to illustrate her past isolation.

Janine Ling-Carr, 27*, was diagnosed with hyperkinetic disorder when she was 11.

She is working with Fixers to inspire other young people going through similar issues that they too can gain control of their lives.

'I have always found it hard to read other people’s emotions as well as expressing my own,’ says Janine, from Tunbridge Wells.

‘I don’t always understand the different tones people use in conversation and struggle to read between the lines if people aren’t upfront about how they are feeling.

‘Many people think I’m sharp or blunt in conversation but it’s because I find it difficult to express exactly how I feel.

'But over the years I have learned how to manage my condition.  Many children diagnosed with these sorts of conditions are medicated to reduce hyperactivity and improve their concentration rather than being helped to gain control any other way.'

Hyperkinetic disorder is a psychiatric syndrome which emerges in early childhood and is often likened to a severe form of attention deficit hyperactivity disorder (ADHD).

It features a pattern of serious developmentally inappropriate inattention, hyperactivity and impulsivity that significantly impairs academic, social and work performance.

To learn more about Janine's art installation, click below: 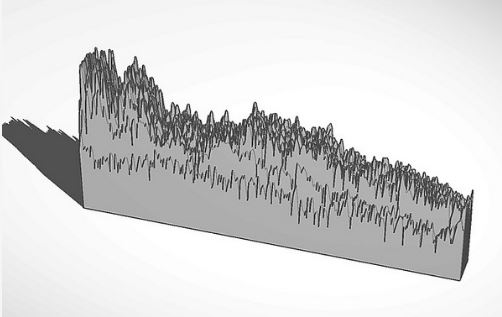 Hyperkinetic people are often reckless and impulsive, may thoughtlessly break rules and often experience low self-esteem.  As a consequence of the disorder they regularly engage in anti-social behaviour and find themselves isolated from other children.

‘It has been very socially debilitating,’ adds Janine.  ‘I was badly bullied and got into a lot of trouble with the police when I was younger.  I often got into fights because people would misinterpret me and I would get defensive.

‘But as I got older I learnt coping mechanisms such as beatboxing, which helps to calm me down when I'm frustrated.

'So many people with these conditions are medicated from an early age - which poses the risk of very serious side effects - rather than being helped to explore alternative solutions.

'I want young people, who may be feeling isolated like I was, to understand that there is hope and they can look forward to a bright future.'

Janine says she has always found it much easier to express herself through art and music.

'Artistic expression is one of the only ways I can get it out there,’ she says.  ‘You get a lot more room to be individual and unique in the art industry.’

Janine came up with the idea to produce 3D printed models of soundwaves created by four different emotions – a scream of fear, a laugh to represent happiness, a cry to symbolise grief and the sound of beatboxing to stand for frustration.

The concept behind the installation is to ask people to identify which model represents which emotion, to illustrate how hard it is for her to decipher how people are feeling.

With support from Fixers, Janine has created the models which are due to be exhibited at the Turner Contemporary Gallery in Margate on June 10.

*Fixers sometimes exceed the 16-25 age limit during the course of their project.