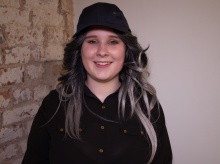 A teenager from Cumbria has created a poster warning young people about online grooming and urging them to keep their privacy settings high on social media.

Georgia Goodman, 19, made the poster with the help of Fixers and plans to share it in secondary schools to make children aware of the risks.

She has been volunteering with the Brathay Trust – which encourages children to positively engage in their communities – for the past year, and the experience has motivated her campaign.

‘Through my voluntary work I have met young people who have been directly affected by this issue and seen the impact it’s had on their lives. I feel like it’s a subject that needs to be spoken about,’ she says.

Georgia’s poster - which is aimed at children between 11 and 12 - shows an example of a boy being groomed by someone lying about their identity, who asks him for photographs and to keep secrets.

It also lists other signs of grooming to look out for, including being paid lots of attention and being asked for personal information. 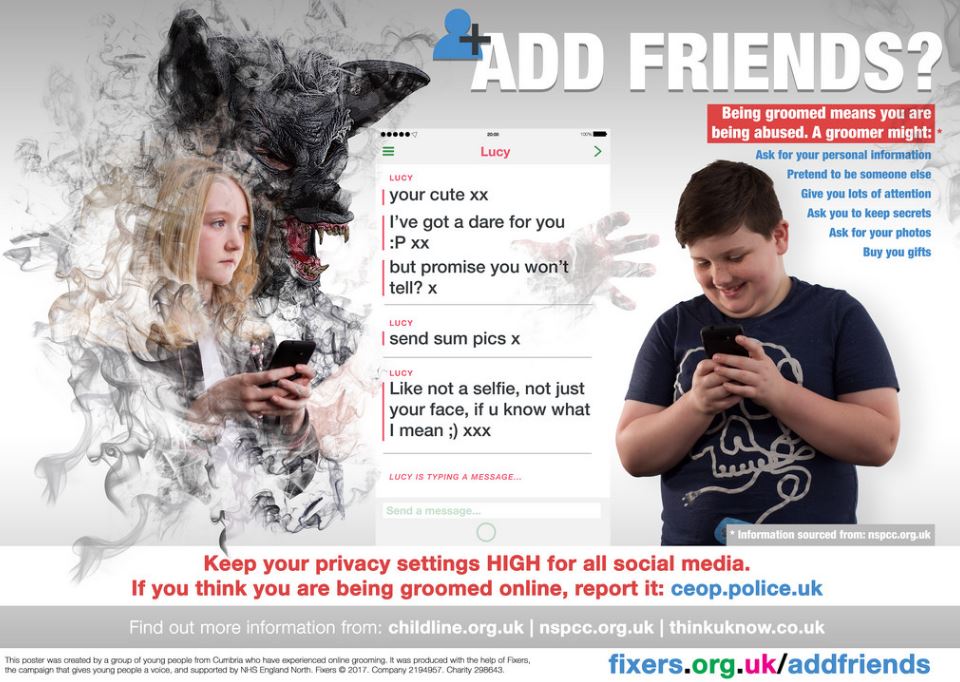 ‘On social media sites like Facebook you can get random people talking to you if you don’t have high privacy settings,’ says Georgia, who lives in Ambleside.

‘The advice I would give is don’t share anything you wouldn’t want your nan to see.

'Don’t send revealing pictures, respond to messages from strangers or accept friend requests from people you don’t know and if you don’t have privacy settings on then don’t tag your location.

‘If someone can see you’re being tagged all the time it makes it easier to get a hold of you and find out where you are. You’re an easier target without even realising it.’

Georgia hopes the posters will encourage young people being groomed to speak out.

‘Tell someone who you trust if you think you’re being groomed, whether that’s a friend, teacher or the police,’ she says.

‘I hope to get more people talking about this and want people to come forward and be supported.’