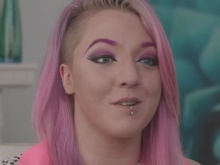 Jodie wants to show people the severity of BDD 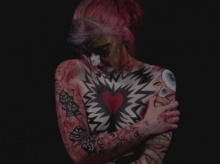 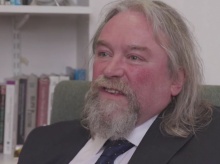 'I’d spend so many hours in the mirror just looking at my reflection, hating every single part of me. I have attempted suicide a few times, because I just felt I couldn’t bear being in this world looking the way I did.'

After battling with the mental illness Body Dysmorphic Disorder (BDD) for six years, Jodie Broadley is calling attention to the crippling nature of the condition - which causes someone to have a distorted perception of their own appearance.

Her story was broadcast on ITV News Calendar on May 4.

The 26-year-old, from Sheffield, talks about the nature of her battle with BDD.

'People don’t see what I see when I look in the mirror - to everyone else I look fine. But in my head it’s a completely different story. All I know is I hate the way I look,' she says.

'I find my art is a good release for me. It’s my way of expressing how I’m feeling and a way to get others thinking as well.

'I want to get across the severity of BDD, and how it affects your life, and just how hard it is to function when you’ve got it.'

With Fixers, Jodie has created a short film to show just how debilitating the illness can be.

A talented body makeup artist, Jodie has used her skills to paint a model’s face and figure with a visual representation of the feelings that are usually hidden inside the person suffering from BDD.

'There’s an overwhelming feeling of worthlessness that cripples me – to the point where I no longer feel the need to exist,' she explains.

Watch the Fixers film below.

He says: 'About one in a hundred people are affected by body dysmorphic disorder, and the very nature of it is that it’s extremely severe.

'It’s not vanity, it’s not me wanting to seek attention because I’m a little bit worried or I’m just being a bit angsty. It’s real and it’s disabling. But I think the most important thing is to normalise it – to show that you’re not odd, you’re not alone, and that there is help.'

Jodie is taking her film into schools and colleges to get young people talking about the issue.

She hears one student feed back about the power and importance of the film: 'I’ve had a few friends that have suffered from it and there’s a lot of peer pressure around these days and it’s something we need to get out and tell people about.'

Another girl adds: 'It’s good to be aware of it because I myself have felt like that before. So it’s good to know that I’m not the only one, and that there’s people who can help me.'

Summing up Jodie says: 'I have a sense of direction now. I would just really, really like to help someone who is suffering. That is the ultimate goal.'