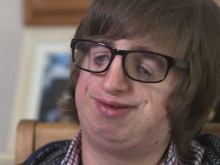 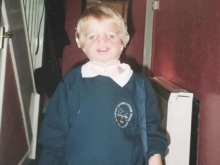 Ashley has Treacher Collins Syndrome and has had 30 operations 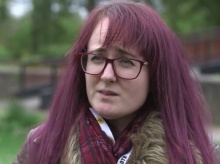 16-year-old Ashley Carter from Taunton in Somerset has had 30 operations.

'It has been very painful,' he says.

'It’s not a nice feeling sitting at home in pain. You just want to be pain free.'

But almost worse than all the surgery, was the bullying Ashley was subjected to because of the way he looks.

'At primary school, two boys started picking on me. From that day on they carried on, calling me names – ugly, troll – really horrible names.

'I felt upset, distraught and really emotional. I would come home every day upset and crying.'

Ashley’s experience of bullying, both at primary and secondary school, has led him to enlist Fixers in a campaign to stop children being bullied because they look different.

'I don’t think they realised how hurt I was,' he says.

Ashley met up with Charlotte Roberts of the anti-bullying charity STRIVE – Off the Record.

She says: 'Around 50 per cent of young people have experienced or are experiencing bullying which is why it’s so important to talk about it.

'Ashley’s project is so important because it means that young people are not alone. There are other people of their age experiencing the same thing.'

'I have seen other people being bullied all around school, around the town and it’s not a nice thing to do,' adds Ashley.

'I hope this project will get the message across to people who are bullying and make them think – I shouldn’t be doing this. I need to stop before I get any worse.'