Bullies Are Victims Too 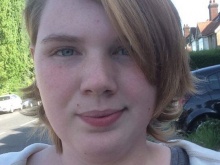 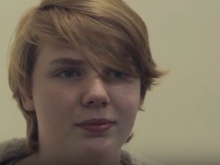 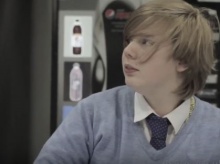 A young woman who made peace with her childhood tormentor wants people to realise that bullies often need help too.

With Fixers, Amy Payne from Southampton has made a film showing that both bullies and their victims need support.

The 18-year-old says: ‘Bullying is an important subject for me because of my past experience.

‘With this one girl in particular it started in Year Four with her calling me names and then it progressed to her pushing me around.

‘Being bullied isn’t nice for anyone.  It makes you lose your confidence and you become a different person.’

It was after her former bully joined the same secondary school as Amy several years later that the pair became friends.

‘I learnt that there were quite a few reasons behind the way she had treated me,’ explains Amy.

‘Things weren’t working at home, she was struggling at school and no one was listening to her.

‘I was a goody two shoes at the time so she decided to pick on me.  I was doing well at school and she wasn’t basically.

‘Finding out the reasons behind the way she treated me really made me think.

'With our Fixers film we want to get the message out there that bullies often need help too as nobody ever really listens to them.  They get sectioned off and people assume they’re just angry.

‘We thought this was a good opportunity to show the different perspectives that can be going on in the background when bullying occurs.’

The film shows two young people in counselling, discussing the difficult lives they had growing up. One was bullied constantly while the other struggled at home.

It is only at the end of the film when they meet in a group session that they realise that one of them was responsible for bullying the other in the past.

Amy and her Fixers group are sharing their film on social media in the hope that it will be seen by as wide an audience as possible.

‘I hope that watching the film will give anyone who is being bullied the confidence to speak out,’ adds Amy.  ‘Hopefully it will encourage bullies to say I need help too.’