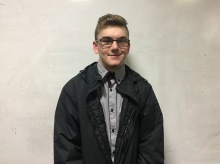 Gabriel wants people to have a better understanding of autism 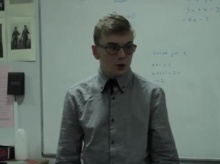 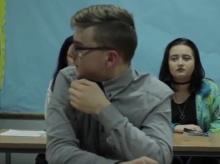 Gabriel says he was misunderstood during secondary school

A teenager with autism who was labelled a 'problem child' at school wants make sure other young people don't have the negative experience he did.

Gabriel Ledson has made a film with Fixers showing what it is like to have the condition - which is characterised by great difficulty in forming relationships and communicating with other people.

The 17-year-old says:‘Secondary school was hard – people just made assumptions about me and I got labelled as a problem child because of my autistic traits.

'I found the noise in the classroom really hard to deal with – one day it could be quiet and the next it could be really loud and that was so off-putting.

'Even if I didn’t do anything that I thought was wrong, it would still be me getting sent out of the classroom.

‘I wanted to work with Fixers because I was misunderstood and had a hard time, and I don’t want anyone else to experience what I did.'

Gabriel says that since starting at Southport College, where he is studying for a level 2 diploma in food and beverage service, things have improved.

‘It’s better now because people at college have spoken to me about my autism and they realise I need to be given a bit more leeway,' he says.

‘I keep a stress ball in my pocket so that instead of leaving the classroom I can put my hand in my pocket and squeeze it to release stress.

'In classrooms I just need someone to help me and meet me in the middle and understand what autism is and what it’s like to have it. That way I can thrive at what I’m good at, which is actually quite a lot of things.'

Gabriel wants to send a positive message with his film, which he aims to share in schools and colleges.

‘I want to tell people that if you have autism it shouldn’t hold you back or hinder what you want to do,' he says.

Gabriel's project was supported by the Wellcome Trust.