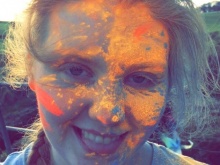 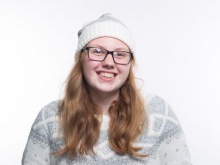 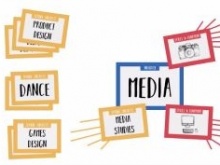 A Leeds sixth former is urging young people not to automatically rule out a future career doing something creative.

Jemma Watson, 17, is studying Art, Media and Photography A-levels but says she was always encouraged to stick to more academic subjects at school.

So she is campaigning with Fixers to encourage artistic children to realise that there are a wealth of job prospects out there which could utilise their talents.

With support from the charity's team of in-house media professionals, she has created a flashcard game which is designed to be used in schools.

Jemma – who plans to train as an art teacher – says it wasn’t until she was inspired by a teacher in Year 9 that she really appreciated the subject.

‘I thought art was a rubbish lesson until that teacher sat down with me and showed me how to make art interesting’ she adds.

Determined to tackle the perception of art as a ‘soft’ subject, Jemma says specialising in the subject can in fact lead to a wealth of careers in various industries.

The student believes children should be encouraged to realise this from an early age.

Click on the image below to view the flashcard game 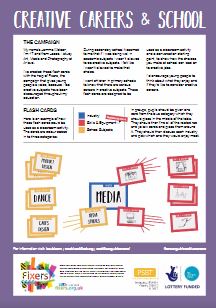 Aimed to be used as a classroom activity for primary school pupils, it gets them talking about the huge variety of art-based industries that exist from computer animation to fashion design, and software development and marketing.

‘There are people who want to take art at university but their parents say they won’t get anywhere with it,’ explains Jemma.  ‘As soon as they hear the word ‘art’ they automatically think of fine art artists.

‘They don’t realise that there are all sorts of jobs out there.  There are so many different career choices but you don’t realise until you start looking into it.  If children knew this from an early age it could really open up opportunities for them.

‘My parents weren’t that happy at first when I told them I wanted to do something with art, but when I showed them that I have a career path in mind and that it’s possible to get there, they were fine with it.’