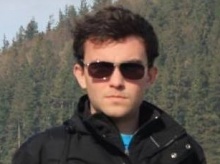 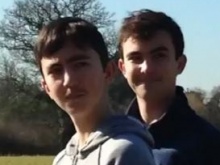 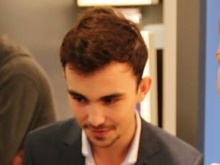 A young Whitstable man wants to educate people about autism after seeing how hard life can be for his younger brother.

Ashley Green, 20, has made a film with Fixers to raise awareness about the day-to-day struggles that people face when they have autism, especially in social situations.

He has witnessed them first-hand after his brother Cameron, 17, was diagnosed with Asperger’s – a form of autism – in 2012.

‘I want to educate people about autism in the hope that they will be less quick to judge someone with the condition,’ says Ashley.

‘I feel that if more people understood what autism is and how it affects different people in different ways then someone with autism, like my brother, would feel more accepted in society and we could all live happier lives.’

Asperger's syndrome is one of many conditions that come under the umbrella term ‘autistic spectrum’.

Describing how the condition affects Cameron, Ashley says: ‘He struggles with many things that most people take for granted.

‘For example, talking to friends, talking over the phone, and he has to have a strict routine in place so he can cope throughout the day.’

Rather than focusing on what people with autism are not so good at, Ashley wants society to focus on their many strengths instead.

‘Even though Cameron does struggle in some areas he is really good at other things such as dance, circus skills and maths,’ he says.

Sixth former Cameron, who hopes to work in computer programming one day, explains how life can be difficult for him.

He says: ‘It would be better for me if people realised that I have different abilities and judged me for what I’m good at.

‘I don’t particularly like talking.  If I do talk, I only really want to talk about something that I’m interested in like physics, maths and computing.

‘I’m better at talking on the Internet rather than face-to-face.  It means I can check what I’ve said and I don’t have to repeat myself as people don’t always understand me.’

Viewing his brother’s condition as a “hidden disability”, Ashley plans to share the film on social media.

‘Even if just one person watches the film then hopefully they will see autism differently and it will have been worthwhile,’ he says.