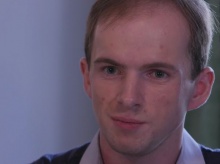 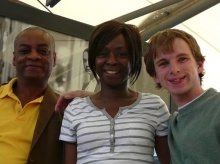 Will says his foster carers have offered him valuable support 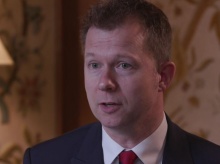 'I think if you've been in care you're not expected to get to university. It is upsetting to see just how few people from a foster care background go on to further education.'

A Cambridge University student wants to encourage other young people from foster care backgrounds to reach their full potential.

Will Lyon Tupman went into foster care after the death of his mother and says the support his carers gave him helped him to achieve his goals.

The 22-year-old, who studies theology, is now campaigning with Fixers to help others get the same opportunities he did.

Fixers arranged for him to tell his story on ITV News Anglia on April 6.

Will says: 'There are all kinds of people at university, people from state schools, people from private schools. But the fact is there are very, very few people who've come from a foster care background and this is something we really need to address.

'I feel really lucky with the foster family that I have had and how they have encouraged me to realise my full potential and support me every step of the way on the road to Cambridge University.

'I think it's the responsibility and the duty of every foster family to encourage the children in their care. Every young person deserves the same chances.'

Will says he decided to apply for a place at the university after his foster carers and social worker encouraged him to attend an open day held there especially for care leavers or those still in care.

He says: 'It's really important that people like Will are putting the spotlight on this issue because there's a lack of awareness out there.

'Around less than 10 per cent of care leavers go into higher education each year compared to about 45 per cent of school leavers generally.

'Care leavers are one of the most under-represented groups in higher education today.'

Will adds: 'Often the key to success is having a strong, supportive family life and that's what a good foster family can give you. That's been instrumental in helping me.'

About Will Lyon Tupman