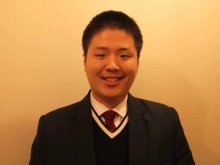 Zishi wants young people to have their voices heard 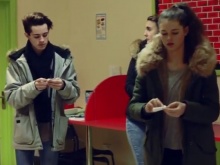 Zishi hopes his film will encourage young people to vote

A teenager who is passionate about politics has created a film with Fixers encouraging young people to make changes at a local and national level.

Zishi Zhang, 18, is worried that young people’s voices are not being heard, and hopes his film will encourage them to use their vote.

‘If young people aren’t given a say, they’re almost being treated like they don’t exist,’ he says.

‘Many young people have burning questions that they want answered and opinions they want expressed – if we vote then the Government will put more effort into the issues that affect us, like youth unemployment.

‘If there are enough young people voting then our demographic will be taken more seriously.’

Zishi, who lives in Stamford in Lincolnshire and studies A-levels at Stamford Endowed School, says that those under the age of 18 can make changes before they can legally vote too.

Last year, when he was 17, he started a petition calling for the OCR examination board to include female philosophers on their A-level philosophy syllabus, which gained more than 700 signatures.

‘Young people under 18 can volunteer with charities, or let their local councils know that there’s a problem and ask them to do something about it. You can still have your say, start a petition, argue, lobby, create blogs or vlogs and make a difference of some kind,’ he says.

Zishi, who is chair of the Lincolnshire Youth Cabinet, plans to share the film on social media.

‘It’s quite an existential problem for young people to feel like their opinion is not cared about. We are not listened to enough and I want to show how we can bring about positive societal change.

‘I care about the voice of young people and we should not be ignored.’