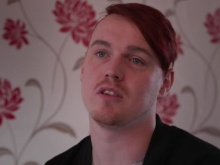 David wants to change attitudes within schools towards homophobia 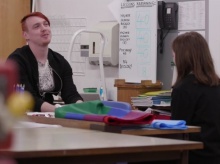 David speaks about his campaign with other young people 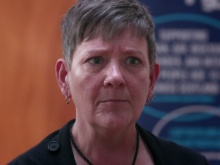 ‘Ten years ago I was scared all the time because of the relentless bullying that I suffered in high school.  Now I’m not scared anymore - I face it head on. Now I get to support young people in the way that I never was, and that gives me a sense of relief to know they’re not going through the same thing.’

Four years after starting a Fixers campaign to change attitudes within schools towards homophobia in the Scottish Borders, David Shields is looking back at how much progress has been made.

His story was broadcast on ITV News Lookaround on March 9.

The 25-year-old tells ITV how when he was at school, homophobia wasn’t acknowledged.

‘LGBT issues got hidden under the radar a lot. In the last few years I’ve tried to change things by providing support to young people, to teachers, to organisations, and I’m now a youth worker for LGBT Scotland so I can do more of that. I’ve made huge changes and I think it needs to keep happening,’ he says.

David, from Hawick, has encouraged LGBT groups to form within schools. He returned to his old school where a community is thriving.

One girl describes the difference attending the group made to her: ‘It definitely gives you a sense of confidence in that you know that whatever happens, you’ll be able to share it.

‘You can make friends that understand what you’re going through because they’re been through the same stuff.’

Another adds:  ‘I think it’s really important to be able to meet together in school - especially in the community we live in.

‘It’s quite traditional and close minded, it’s very conservative, so for something like a bridge to be built between school and young people is very important.’

Ann Marriott, who works with David at LGBT Youth Scotland describes the impact David’s work has made.

She says: ‘David has made a real difference in the Scottish Borders where not enough has been taught and where there aren’t role models in the community.

‘What David offers is someone who’s vibrant, out there, and we’re noticing that out of the nine schools in the Borders, there’s young lesbian, gay, bisexual and transgender young people out within all of those schools.

‘So we’re starting to see a real shift, and David is leading the way and making some of those changes happen.’

Anti-Homophobia Story on ITV 8th May 2013