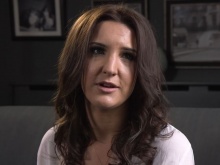 Frances Shillito's eating disorder began when she was 15 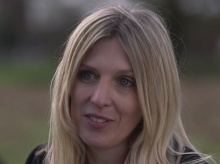 Dr Katie Lang is a researcher specialising in eating disorders 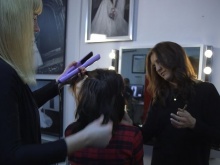 Frances now works with her sister as a make-up artist

Frances Shillito describes the abject terror she felt towards food during the grips of an eating disorder which began when she was 15.

Following a long battle with anorexia, Frances, now 26, has created a booklet with Fixers to help others.

She spoke to ITV News London about her project on March 9.

Frances, from Reading, says: ‘It’s a very strong voice in your head that you hear and can’t ignore. I found the more ill you become, the stronger the voice becomes.

‘Mentally you become weaker and the anorexia becomes stronger.’

Frances has since recovered and describes how her mum and sister helped her. But she had to make an important decision of her own first.

She says: ‘My recovery started when I realised that the only person that was actually going to help me get better was myself.

‘You can have all the professional treatment in the world and all the love from your family. But if you don’t want to get better, you won’t.’

Dr Katie Lang, a researcher who specialises in eating disorders at the South London and Maudsley NHS Foundation Trust says that early intervention is the best way to cure anorexia.

‘Research shows that if someone can get help within the first three years of having an eating disorder, the chances of making a full recovery are significantly increased.’