It's Okay To Talk 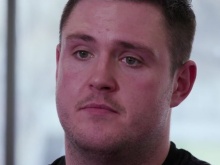 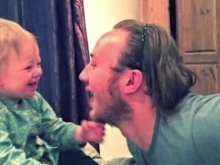 Luke's brother in law Andy took his own life 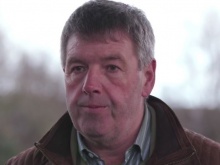 ‘I got a phone call and it was my mother-in-law Elaine, and she just told me that our Andrew’s dead. I just remember instantly the complete devastation and destruction that was left. It was like nothing I had ever experienced before.’

Irish international rugby league player Luke Ambler describes the moment when he discovered that his brother-in-law Andy had taken his own life at the age of 23.

With Fixers he is challenging the stigma of male mental health issues in a film he has made with the charity called ‘Be A Man’, which is aimed at parents.

Its message is that they should encourage their young sons to talk about their emotions so they grow up knowing it is okay to express their feelings.

He spoke to ITV News Calendar about his campaign on March 9.

Luke describes how Andy Roberts’ death came out of the blue.

‘It completely shocked me,’ he says. ‘There were no signs, no warnings and it just leaves questions of why? And those questions will live with us forever.’

Samaritans spokesman Doug Taylor told Andy that suicide is the biggest killer of young men aged between 20 and 34.

Men in that category are three times more likely to take their own lives than women while another 42 percent of men have considered suicide.