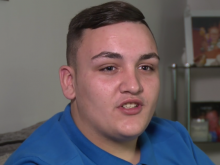 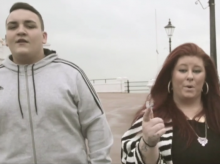 Owen and Charlie in the music video they made with Fixers 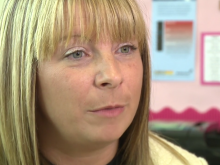 ‘Follow you dreams, live life to the max, always moving forward no taking steps back’

An aspiring rapper tells how music is helping him turn his life around after he was expelled from school.

Owen Leach, 16, wants to inspire young people to follow their dreams whatever life may throw at them.

Fixers arranged for him to tell his story on ITV News Meridian (E) on March 9.

Owen, from the Isle of Sheppey, went to seven different secondary schools and youth behaviour units because he kept getting into trouble, but says music is helping him to turn things around.

Owen and his friend Charlie Fulljames, 22, who provides vocals on the track, hope it will be shown to as many young people as possible.

He says: ‘School didn't go very well for me; I was always getting in trouble. Unfortunately I took it too far and I ended up getting kicked out of one school, got moved to another, and then moved to another.

‘Things weren't looking very good for me until I started doing my music and my music is what made me concentrate and what made me believe I could do something well.’

However the building where Owen started out as a musician has now shutdown.

Charlie says: ‘I think it would be worthwhile for the council to provide more facilities because then it will get the kids off the streets and encourage them not to go down the wrong path.’

Headteacher Michelle Crowe commented: ‘I think it’s really important that Owen and Charlie are raising the profile of this issue because I think it will make other people on the island really sit up and look.

‘The island itself doesn’t have a great deal of opportunities for culture and arts - we don’t have a cinema or anything like that and they want the children to understand we do need to work hard in order to achieve our dreams and aspirations.