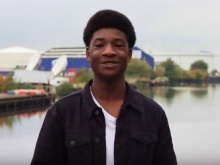 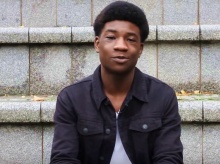 Samuel appears in the Fixers film 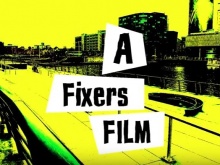 A Manchester sixth former is urging schools to better prepare their students to step out into the world.

So he has made a short film with Fixers to encourage education bosses to create a ‘curriculum for life’ to help their pupils to become positive members of society.

‘We need to equip the youth with the knowledge to make our tomorrow better’, he adds. ‘Education is the key to positive change. We need a curriculum to shape our future and prepare us for the rest of our lives.’

While PSHE (Personal, Social and Health Education) is designed to help pupils to develop fully as individuals, it is a non-statutory subject and Samuel says it wasn’t taught at his school after Year 7.

‘The government should make preparing young people for life a statutory requirement within the national curriculum,’ he says.

‘The government should support its delivery in primary school, secondary and post-16 settings.

Samuel – who appears in various locations across Manchester in his Fixers film - is now studying A Levels in Maths, Biology, Chemistry and Theology at a sixth form college in Moss Side.

‘I have had to educate myself about so many things and I hope that my Fixers video will make a difference,’ he says.

‘As a young person I think it’s vital to understand history from a diverse perspective and acknowledge the social issues within society.

‘From discrimination to injustice, we need to know the facts without sugar coating.  Educate us while we’re young, otherwise young people might inherit a mindset that isn’t acceptable within our society.’

One student who attended the event said: 'I feel that I didn't have the skills that Samuel is talking about in his film. I really commend him and hope he goes far with his campaign.'