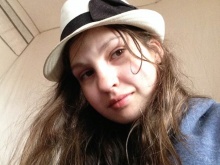 Jayde wants people with autism to follow their dreams 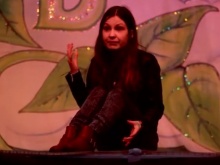 Jayde made her film at the Leas Cliff Hall in Folkestone 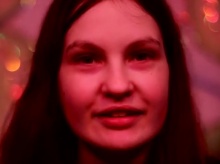 Jayde wants to share her film on social media

A teenager passionate about the performing arts has created a film with Fixers showing how she refuses to let her autism prevent her from taking to the stage.

Jayde Shane, from Folkestone, Kent, was diagnosed with the condition – which is characterised by difficulty in communicating and forming relationships with other people - at the age of eight.

The 16-year-old, who is enrolled on a media studies course at East Kent College, made her film at the Leas Cliff Hall theatre.

‘Performing arts has been something I have loved for ages, and I haven’t let my autism get in the way of pursuing that dream,’ she says.

‘I have always tried to use it to my potential instead of letting it hold me back, and found that it’s boosted my talents in a way.

‘I made the film to show that people with autism can do anything they set their mind to and that they shouldn’t fear it, but believe in themselves. They can be whoever they want to be and do whatever they want to in life.’

Jayde says that she adopts a number of techniques to help her perform.

‘I have performed at the Leas Cliff Hall a few times before in pantomimes – most recently Jack and the Beanstalk – and dance shows,’ she says.

‘My dream is to sing there solo one day – to say I was chosen to do something like that would be a real achievement.

‘I go through a few stages before I perform – I get nervous and do things like deep breathing exercises and picturing the crowd in funny hats to help me through it.

‘I think about what the best parts of the performance will be and that encourages me.

‘Pursuing a career in the performing arts is one of my big dreams for the future.’

Jayde plans to share her film on social media.

‘I just want to inspire people with autism to become whatever they want to be,’ she says.

Jayde's project was supported by the Wellcome Trust.