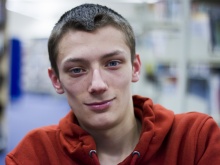 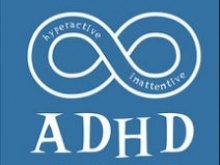 A Carlisle teenager says working with Fixers has helped him to finally accept his attention deficit hyperactivity disorder (ADHD).

Diagnosed at the age of five, Ashley Johnson says his school years were incredibly tough because he was badly bullied and subsequently he didn’t feel he could talk about the condition.

The 19-year-old has made a leaflet to educate people about ADHD because he says while a lot of people have heard of it, few actually understand it.

‘Despite having ADHD from such an early age, it’s only recently that I’ve got my head round everything,’ he says.

‘The last 14 years have been really hard. I used to think, what if I didn’t have this illness and I was like everyone else?  But eventually I just had to accept I am the way I am.

‘The abuse I received at primary school was horrendous, so when I moved from Barrow-in-Furness to Carlisle and started secondary school, I made a promise that I would not tell a living soul what was wrong with me.’

Attention deficit hyperactivity disorder (ADHD) is a group of behavioural symptoms that include inattentiveness, hyperactivity and impulsiveness.

It is thought to affect around 2 percent to 5 percent of school-aged children.

He says: ‘When I came across Fixers a few months ago, I thought here is my chance to help people. I decided I had to open up and talk about my ADHD for the first time to encourage people of all ages to do the same. I’ve felt a lot better about it ever since.'

Ashley is hoping to share his leaflet in places like schools, youth clubs, libraries and community centres.

‘Having ADHD means that I often become distracted,' says Ashley.  'I find it hard to concentrate on one thing for a long time, even TV and movies.

‘I can sometimes get bad mood swings.  If things go wrong I can get very upset or angry.  If I am going through a hyperactive phase I find it hard to sleep for days at a time.’

Now in college studying joinery, Ashley says he is a lot happier.  He enjoys being able to focus on tasks using his hands and finds sport helps his symptoms too.

'I still have highs and lows with the condition,’ he adds.  ‘But I feel confident now to get support when I need it.

‘I want to let people with ADHD know that it’s ok to talk about it and get help, don’t hide away like I did.’