Grieving For My Pet 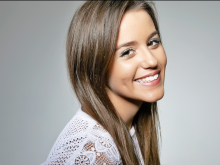 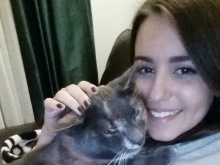 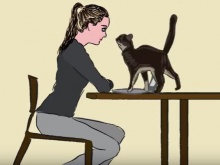 A Southampton teen is working with Fixers to encourage greater understanding for people who are grieving the loss of a pet.

Megan Hinton, 17, felt her world had been turned upside down when her beloved cat Nirvana passed away unexpectedly last year, but felt too embarrassed to admit her devastation.

So she has made an animated film to help other people realise that grieving for a pet is nothing to be ashamed of.

‘When it first happened I didn’t really speak to anybody or leave the house for about a week until I had to go and sit some exams,’ she says.  ‘It took me about a month to talk to any of my friends about it.

‘I still feel embarrassed discussing the subject now because there is such a stigma surrounding grieving for a pet.

‘Very often though I think the people that don’t understand are those that have never felt that sort of a connection to a pet.’

Her early teens were a difficult time for Megan, who was so badly bullied that she changed schools at the start of year ten.

Megan’s mum was advised that getting her daughter a pet could provide stability and companionship during such an unsettling time.

‘From the moment we brought Nirvana home we became best friends,’ says Megan.  ‘She gave me comfort, unconditional love, a shoulder to cry on and stress relief.’

A rescue kitten who had been locked in a shed for the first nine days of her life, Nirvana was not used to human contact and Megan spent a lot of time lavishing her with love and cuddles.  It worked and Megan says she became an incredibly affectionate cat.

‘When Nirvana died unexpectedly at the age of two that loneliness crept back into my life,’ she says.

‘I felt I had to bottle up my feelings.  I’ve lost family members before but nothing compared to the pain I felt when I lost Nirvana.

‘Our relationship was so simple.  There were no complications. She was just there every day, never judging. Just offering love and happiness.’

Megan – who is hoping to share her film with the RSPCA and veterinary surgeries - says that when she did finally confide in a friend, it was the best thing she could have done.

‘My friend was really comforting. I realised I could talk to people about it and that it wasn’t wrong to feel sad and that helped.  Grieving for any pet is nothing to be ashamed of.’

This project is supported by Barker-Mill Estates.