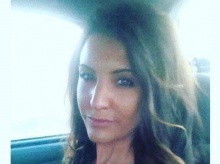 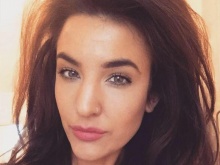 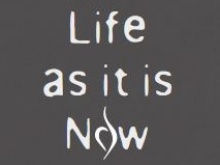 A make-up artist from Henley-on-Thames who was once given just two weeks to live has written a booklet with Fixers to help people battling anorexia.

Frances Shillito, 26, says her life was dominated by the eating disorder for seven years but is now determined to help others.

So she is talking about her personal experiences of the illness – and subsequent recovery – to show people with the condition that life can improve.

Anorexia is a serious mental health condition and eating disorder where a person keeps their body weight as low as possible.

‘I hope the way I have written the leaflet gives an honest, eye opening take on life with the condition,’ says Frances who developed anorexia at 15.

‘My aim is to provide support to those in the grips of eating disorders, as well as giving valuable insight to families, friends and even doctors.

‘I want the whole world to hear, and ultimately hope to save lives.’ 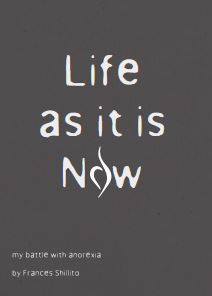 It was not until the age of 17 that Frances received professional help and was admitted to a specialist clinic.  She had starved herself so severely that she was told she had just two weeks to live if she did not get treatment.

Following two relapses in her early twenties, Frances says she can “proudly say my relationship with anorexia nervosa is no more”.

Keen to turn such a desperate experience into a positive, Frances shares exactly how tough her experiences were in a bid to show how low she got – and survived.

‘My anorexia secluded me from the world, from my friends, and from my family,’ she adds.  ‘I forced my body to run on empty whilst pushing it to extremes and expected to see positive results. I couldn't sleep from hunger pains and headaches, and suffered insane insomnia as a result. I lost hair from my head but gained it on my arms, neck and legs.'

In the booklet, Frances outlines how professional help, family support and a carefully drawn up exercise plan with professional trainers helped her to get better.

‘Slowly, but surely, the daughter that my family stated they lost to a ghost in the room, began to return. The sparkle in my eyes came back and with that came my want to get better.’