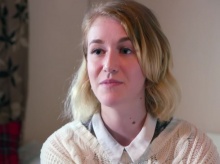 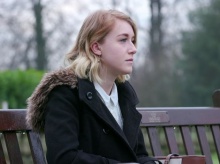 Jessica has experienced anxiety and depression 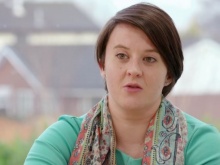 'I was closing off the world around me, numbing myself to cope as I fell deeper into these episodes of intense panic.'

Jessica Jayne tells of her battle with anxiety and depression. She has made a film with Fixers to help other young people get past the stigma of having a mental health issue.

Her film was broadcast on ITV Granada News on February 2.

The 23-year-old from Leyland, says: ‘I’ve been experiencing mental health conditions for as long as I can remember.

‘It’s just the way that I am and it’s all I know. I spent so long just hating myself, because of the way I was feeling, and all that time I could have been helping myself, I could have been seeking help, instead of feeling annoyed at myself for something that’s so common.

‘I don’t want that to happen to anyone else, I want people to know that it’s okay to talk about it.’

With Fixers Jessica has created an animated film, that she is sharing in schools and colleges, which highlights a range of mental health issues that young people can face. Her message is that ‘sometimes, it’s okay not to be okay'.

She says: ‘Mental ill health is common; one in four of us will experience a mental health condition in any given year.

‘Often when something’s in our head it’s a lot bigger and harder to deal with. If people know that it’s out there, if people are talking about it, they’re going to be more likely to speak out and more likely to see support rather than feeling they’re on their own.

‘So the more normalised mental health becomes in society, the better it is for everybody.’

Jessica's project was supported by the Wellcome Trust