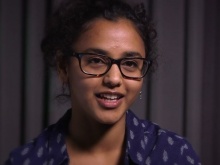 Ippy Gupta is encouraging people to talk openly about depression 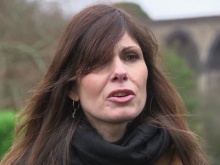 'I felt alone and sad, all the time. I lost interest in the things I loved doing; I felt so tired, heavy and numb.'

Ippy Gupta describes how she felt as she battled depression in the middle of her exams.

The 19-year-old is working with Fixers to encourage young people to seek help, rather than suffering in silence like she did.

Her story was broadcast on ITV West Country on February 3.

She says: 'I felt like I would be judged or told I was making it up, or lying, or attention seeking.'

Ippy, from Truro, Cornwall, eventually opened up to her mum.

'Talking about it helped because it meant I didn’t keep it to myself any more,' she says.

'I wasn’t alone. I wasn’t in the dark and I wasn’t different or abnormal or weird. It wasn’t wrong and I knew that it would go away. And it did.'

As part of her Fixers project, Ippy spoke to Jo Boulton from the mental health charity Carrick Mind, who descibed a dramatic increase in the number of young people suffering from depression.

She said: 'One in ten young people suffer from mental health problems and 80,000 of those are suffering with severe depression. It’s increased by 70 per cent in 25 years.

'I think people talking about their own experiences helps others identify some of the symptoms they might be going through, and hopefully they can seek help more quickly.'

Ippy adds: 'I want people to realise that it’s not wrong to feel depressed and they’re not alone if they do.

'I would say don’t be embarrased and don’t be scared because the chances are someone knows exactly how you are feeling and if you can tell someone, you are more likely to be helped.'