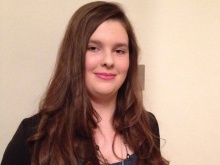 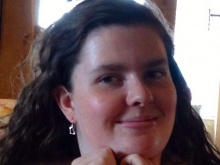 Jess appears in the Fixers film

A teenager who says that learning to accept her autism ‘saved her life’ has created a film with Fixers encouraging others with the condition to be proud of who they are.

Jess Benton, 19, was bullied at school but says finding out about the autism acceptance movement - which focuses on accepting autistic people as they are - helped her to move forward.

Autism is a mental condition characterised by great difficulty in communicating and forming relationships with other people.

She says: 'There was a group of girls who would make nasty comments and spread rumours about me and boys would pull my hair and try and push me over.

‘My anxiety and depression took hold, I was breaking down and wondering what was wrong with me and why I couldn’t be like everyone else.

‘I lived in fear of what would happen to me after school – I didn’t see myself having any friends or any relationships and I had some grim thoughts – I didn’t think I would live past 18.’

After researching autism, Jess, who is studying children and integrated professional care at Birmingham City University, started to understand herself better.

She says: ‘When I was 15 I found a sign of hope. I came across an online autistic community of activists on the blogging site Tumblr - ordinary people on the spectrum who championed autism acceptance.

‘They spoke about neurodiversity - which accepted autism as a natural difference in human brains, with autistic people needing to be accepted by society and accommodated instead of being looked down on or viewed as an abstract mystery to be solved by the next medical breakthrough.'

Jess plans to share her film with students and education professionals and will be launching it at the Graduate + event at Birmingham City University – a programme which recognises additional activities carried out by students during their degree.

She says: ‘Autism activists speaking out and campaigning was what really helped raise my self-esteem, so I hope my film does the same thing for others.

'People with autism are not a puzzle to be solved and deserve to feel proud of who they are.

‘The ideas of acceptance, autistic pride and diversity, without exaggeration, saved my life and made me a happier person.’