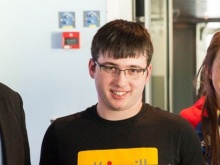 Devan Witter has been awarded a BEM 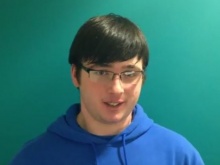 Devan Witter took part in the Feel Happy Fix in 2015

Devan Witter has become the first Fixer to be recognised by the Queen in the New Year’s Honours List.

Devan, 19, has been awarded the British Empire Medal (BEM) for his anti-bullying work.

The medal is given to people who have carried out ‘meritorious civil or military service’.

The teenager, from Market Weighton in East Yorkshire, first started campaigning with Fixers in 2013 and set up a website called Advice for Teachers – Taking Action Against Bullying.

The website provides guidance on bullying and offers teachers suggestions on how to deal with the issue.

He says: ‘I started out with Fixers as I had seen them on the local ITV news programme. After watching the clip I decided that I wanted to work with the charity to further my anti-bullying project.

‘I worked with Fixers to build a website for teachers, that they would be able to use to help gain an understanding about what it is like to be bullied as a young person.

‘I also wanted the website to provide teachers with information on what they should do about bullying and services that are available to young people if they need support with issues relating to bullying.’

Since starting his Fixers campaign Devan has continued his charity work, going on to establish The Devan Group website – which helps children who are being bullied – and taking part in the Google + Hangout event – where he was involved in a webcam chat with Prince Charles.

He also became one of the first 50 #iwill ambassadors through the Step Up To Serve campaign.

Devan currently works for Hull Youth Justice Service, and says that working with Fixers has helped him in his current role.

‘I’ve been able to apply the skills I have gained with Fixers - managing a project, creating campaigns and designing and developing a brand - to the job that I am currently working in,’ he says.

Devan will be presented with his medal at a local ceremony and has also been invited to attend a royal garden party event in the summer.