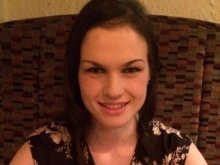 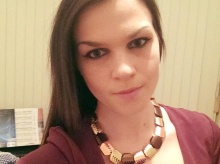 Harriet plans to become a doctor in the future 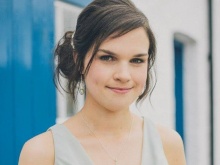 Harriet developed an eating disorder at the age of 15

A medical student has made a film with Fixers showing that you don’t need to be ‘stick thin’ to have an eating disorder after a GP told her, ‘I’ve seen worse than you.’

Harriet Davis, who is studying medicine at Lancaster University, was later hospitalised after her illness became life-threatening.

The 24-year-old says: ‘I want medical professionals to realise that you don’t need to look a certain way to have an eating disorder.

‘I remember going to the doctors with my mum – my weight was borderline healthy and the GP said ‘I’ve seen worse than you, so you’ll be okay’ and just told me to eat more.

‘At that time I didn’t understand the full implications of what I was doing, and hearing that just made me feel like I didn’t have a problem and it was fine to keep restricting food.

‘GPs need to know when to refer people to specialist services and what help is available in the area – in the past I’ve felt like GPs haven’t known what help was around and what could be offered to me.

‘Early intervention is crucial. I want my film to show people in the medical profession that there’s not just one specific type of eating disorder.’

Harriet developed an eating disorder at the age of 15.

She says: ‘I felt like I’d gained some weight and I wanted to lose it. I started dieting, and I got very restrictive very quickly.

‘I felt like I looked bigger than I was and I really wanted the positive feeling of losing weight and looking thinner.

‘In addition, there were quite a few deaths in the family in a short space of time and looking back I think it had a big emotional impact on me.'

After her condition worsened she went to St George's Hospital in London, where she received treatment for seven months.

But she relapsed five years later.

She says: ‘I started restricting again. I was cold all the time, my hands and feet were numb constantly, and I worried some nights when I went to bed about my heart and if I'd wake up in the morning.

‘I lost motivation to talk and interact with others, and my friends didn’t know what to do or say to help me.’

Harriet was admitted to The Priory hospital, where she spent a year recovering.

After attending therapy groups, working on weight gain and meeting with an occupational therapist, Harriet was discharged.

She resumed her studies in 2015 and is determined to complete her degree.

‘If I didn’t have medicine I think I’d just be in and out of hospital because I wouldn’t feel like I had a purpose in life,' she says.

'I hope my Fixers film shows that not everyone with an eating disorder is going to be stick thin, and that it could happen to anyone.’

To find other resources on this topic, and watch the Fixers film, click on the image below.