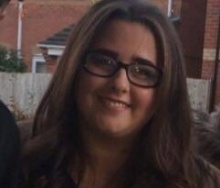 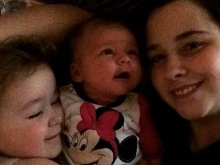 Terri with Kendell and Kerris-Ann 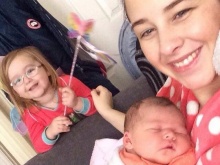 Terri wants to help other mums from feeling isolated

A young mother from Liverpool has created some baby bibs offering a message of support to women experiencing post-natal depression.

Terri Reid, 23, suffered from the illness after the birth of her second child - one-year-old Kerris-Ann.

With the help of the team of designers at Fixers, she has created bibs offering a message of encouragement to mothers and urging them to seek support if they’re struggling.

‘Post-natal depression needs to be spoken about,’ she says.

‘I want the bibs to show people that it’s okay to ask for help and that once you do it’s not as scary. I want to shine a light on the condition so that other mums don’t have to suffer alone.’

Terri, who is also mother to five-year-old Kendell, said that her own battle with post-natal depression left her feeling ‘worthless’ and she struggled to talk about it or accept it.

She says: ‘I was fine after I had Kendell, but about a month after having Kerris-Ann I got really down. I felt like I wasn’t good enough to be a mum and like I wasn’t capable of giving them both the attention and love that they needed – I felt worthless.

‘I felt useless and because I was feeling like that all day, every day, and not talking about it I got myself into an even bigger hole.

‘It was getting harder and harder to cope as the days went on and I couldn’t see the point in anything.’ 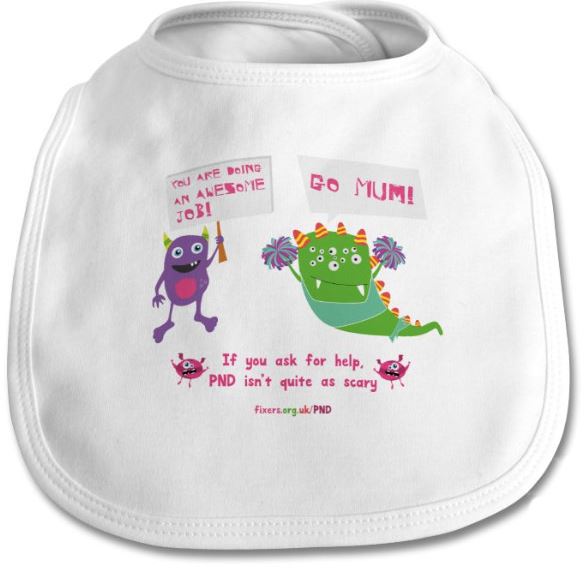 The condition worsened and Terri began self-harming. After she attempted to take her own life she was admitted to Clock View hospital in Walton, where she stayed for around six months.

While she was there she was able to talk to a psychologist and now sees a community psychiatric nurse once a month.

‘I’ve started to feel better, my partner and family are there for me and they can see how much I’ve been improving,’ she says.

Terri hopes her campaign will shine a light on the different symptoms of post-natal depression and stop other mothers from feeling as isolated as she did.

‘Everything that I read about post-natal depression seemed to be all about resenting the baby – I thought that was what it meant and I didn’t feel like that,’ she says.

‘I loved the baby to bits, all the bad feelings that I had were about myself as a mother, so I thought I couldn’t have postnatal depression. I think people need to know more about the different kinds of symptoms there are.’

Terri's campaign was launched at the City of Liverpool College, at an event attended by around 150 people.

One person who attended said: 'I never realised the effects of post-natal depression until someone in my family had it. This is a great way of getting the message out there without being too forceful or obvious - with an item that you use every day when you are a mother.'

Fixers is looking for a major retailer to stock the baby bibs. For more information contact talk2me@fixers.org.uk