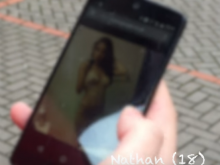 Research conducted by Fixers showed sexting is a problem 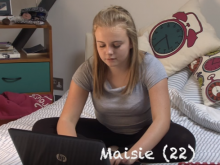 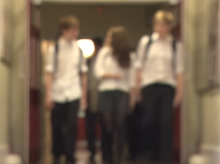 Sexualised behaviour in schools is the norm

Young people supported by Fixers have been asking the government to take measures to make schools a safe place through the campaign The Trouble With Sex in Schools.

Earlier this year, Fixers submitted evidence to the Women and Equalities Committee to drive the first parliamentary enquiry into sexual harassment in schools.

Today, the Government responded to a report from the committee, which concluded that sex education in schools was inadequate and exposed widespread sexual harassment and violence in schools.

While the Government has taken some ‘welcome steps’ to tackle the problem of sexual harassment in schools, ‘it needs to go much further’, according to the committee.

In response to one recommendation to use statutory measures to ensure schools take appropriate action to prevent and respond to sexual harassment, the Government has instead opted for a ‘holistic school-based approach, which will support schools to tackle this issue.’

The Government also rejected a recommendation to make Sex and Relationships Education a compulsory subject.

Recommendations to update guidance on Sex Education, which is 16 years out of date, are being reviewed.

Before launching a call for evidence, the committee gathered the views and experiences of 300 youngsters through a series of workshops held by Fixers across the UK.

One in four young people aged 16-25 confided they had felt pressured into sexting, sexual activity, drinking alcohol and taking drugs, including so called ‘legal highs’ in and around school.

Some 18% reported being sexually harassed once or more than once and 34% did not feel safe walking to and from school. Some 12% stated they had been sexually assaulted.

Young people said that sexting, the sharing of sexualised images, is commonplace. As long as it remains a private exchange and is not entered into before they are ready, young people think sexting is part of a healthy relationship.

Problems occur, they report, where they feel pushed into sending a sexual image too early in a relationship, or if the image gets into the wrong hands.

Pupils feel pressurised into having sex, otherwise they are branded ‘frigid’ by their peers.

There is a sense that boys have an entitlement to girls and some report being bullied for being a virgin.

Worryingly, some teachers brush off incidents of sexual assault because of the relatively young age of students.

Contributing to the report, Rosie, 17, who is anonymous, said: ‘When I was 12 a girl held me against the wall and touched me in private areas.

Young people called for more support for their mental wellbeing in the form of counsellors in schools.

They also called for sex education from a younger age, and less focus on the physical act and more on issues concerning the risks and dangers of sexting and matters of consent, pleasure and differing sexualities.