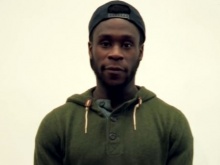 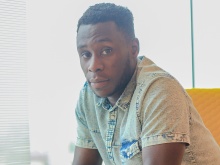 Rudolf wants to share his film in schools and colleges

Academia isn’t for everyone, insists a young man who went on to set up his own business after doing badly in his exams.

Rudolf Brenyah wants young people who are struggling in school to broaden their horizons, so with Fixers he has made a film telling his story, which he plans to share in colleges.

The 25-year-old, who runs an online broadcast channel, explains how he didn’t fit in at school.

He says: ‘I was always a creative child, but in school there was a focus on English, maths and science.

‘If you don’t do well in those subjects you’re deemed a failure, but I couldn’t relate to them. It made me feel really down.’

After leaving school he went on to study sports management at University College Birmingham.

Again, he struggled to apply himself to his studies.

A light-bulb moment came when he discovered an old script he had written years earlier.

Rudolf, from Chatham, Kent, says: ‘When I was there I was really at a low point in my life and I hit rock bottom. I wasn’t doing what I was passionate about.

‘I found a script that I’d written ages ago and decided to turn it into a play, which was then performed at my local church.

‘The reception was amazing and it reminded me that my creativity was still there.’

After rediscovering his creative drive, Rudolf set up Unashamed TV in 2015.

He says: ‘That was my dream and I realised I needed to go for it.

‘I want to show young people that just because you’re not doing well in certain subjects it doesn’t mean you’re a failure; once you find your passion in life you’ll do well.

‘We all have different skills and we can’t all be good at the same things – it’s like putting a giraffe in the sea, it’s not going to be as effective as a fish in that environment.

‘You just need to find the thing that’s right for you. Whatever it is, you will do it well if you enjoy it.’