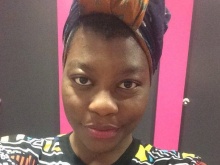 A woman who saw her nanny die after she contracted HIV is campaigning to show how the virus can be passed on.

Tariro Munodawafa, who studies language sciences and psychology at the University of Reading, has created a condom box with Fixers which she plans to distribute among students.

The 20-year-old, who grew up in Zimbabwe, says: ‘The nanny lived with my family and played games with me.

‘One day mum told us she was leaving to go and have a baby which made us all sad because she was a lovely lady and we had spent each day with her.’

Three years later Tariro’s mum took her to see the nanny in hospital, where she learned she had AIDs.

She says: ‘I remember her being youthful and healthy looking and active so I never suspected she had the deadly virus.’

The experience motivated Tariro to raise awareness about how HIV is transmitted.

With Fixers she has designed a condom box correcting some of the misconceptions, such as contracting HIV through kissing, sharing drinks, holding hands, coughing or sitting on a toilet seat.

Click below to view the flat plan of the packaging. 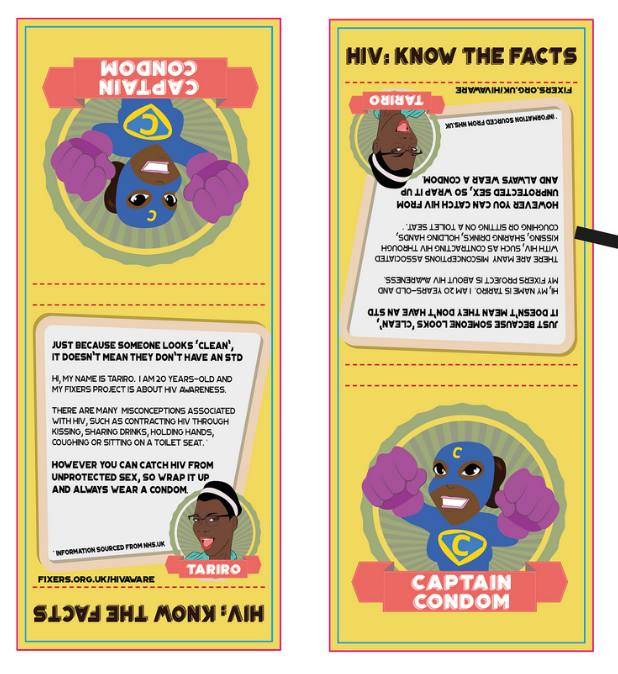 She says: ‘This was an experience and a lesson. Anyone can be a victim and get infected; our eyes can’t determine who can or cannot pass the virus on.

‘One of the ways HIV can be transmitted is through unprotected sex, so that’s why my campaign is about urging people to take precautions.

‘In the same way the cigarette boxes come with warnings, I’ve designed a condom box with an important message.’