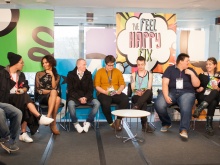 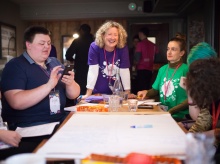 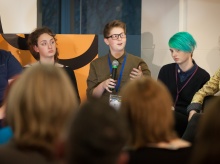 The audience asks the panel of experts a question

Transgender and gender-fluid young people called for major changes to be made to end prejudice, at an event hosted by Fixers at ITV’s London Television Centre.

Twenty youngsters, who are being supported by the charity to have their voices heard, spoke to an audience of around 70 people and explained why society needs to change.

Practitioners and stake-holders were given the chance to put questions to the panel of young people in a ‘Question Time’ style debate which was hosted by transgender broadcasters Stephanie Hirst and India Willoughby.

They were asked what they would like to be different in five key areas: school, work, health, media and the home.

Talking about home, the panel shared experiences of how transitioning had been difficult for parents.

Jo-James Booth, 26, from Sowerby Bridge, Yorkshire, said: ‘My mum described it as like losing a child. Her little girl disappeared overnight.

‘I’d like to see a national support network available for parents so that they don’t need to go through this alone.’

Tabitha Tomkins, 21, told the audience, which included student welfare officers and youth workers, what needed to change in school.

She said: ‘Teachers don’t understand what it’s like. They need to be trained to help pupils who are transgender.

‘They should be able to pass this knowledge on to other students in PHSE – it should be part of the curriculum.’

On the subject of work, Kay Browning, 26, from Tiverton, Devon, highlighted a lack of diversity among employers and a failure to understand or respect transgender employees’ needs such as wearing a uniform that they are comfortable in.

Talking about health, the panel agreed that there are not enough surgeons in the UK to carry out gender reassignment surgery, leading to long waiting lists and a lack of choice over care.

While the young people would like to see more NHS funding, they also suggested that trans people could organise themselves to raise the funds for operations through trusts and charities.

With regards to the media, the panel was in agreement that transgender people are often misrepresented.

As a result, they called for more advice to be given to the transgender community on how to deal with journalists.

Kay said: ‘Trans people should be coached on what to say if they are in the media spotlight, and realise that they don’t need to answer inappropriate questions that sensationalise the story.’

Audience member Ayla Holdom, who is a transgender RAF pilot, said after the event: ‘The key message for me today was the importance of empowering young people to speak for themselves.

‘It’s so easy for ‘experts’ like myself to dictate what to ask and not really listen and talk too much, so it was really nice to be in the audience listening and seeing whether what we’re doing is in line with the very real needs of the young people here and to hear their great ideas and the experiences they have that are unique to them.’

Transgender broadcasters Stephanie Hirst and India Willoughby empathised with the young people and shared personal stories of their own.

Stephanie said: ‘We need to be taken seriously; it’s not a lifestyle choice – it’s survival.’

Stephanie is a transgender TV and radio presenter who, prior to transitioning, hosted Hit40UK, the former national commercial chart show, as Simon Hirst.

India is the first British openly transgender newsreader to have appeared on screen as both a man and a woman. She spent ten years working for ITV Border as Jonathan Willoughby but after a long period juggling two lives, she transitioned and became India Willoughby when she was 50.

India is also the first transgender panellist to appear on ITV’s Loose Women, which she hosts alongside her role as a freelance newsreader at ITV Tyne Tees.

Several other workshops took place across the country earlier this year as part of the project Feel Happy with my Gender Fix, which is supported by the Wellcome Trust.

The research from the workshops will be compiled into a report which will be delivered to decision-makers in 2017 to improve the future for other transgender and gender fluid young people.

Latest figures from the Equality and Human Rights Commission show that more than 70 percent of transgender people have experienced harassment in public places.

The Feel Happy with My Gender Fix is part of the Feel Happy Fix Series run by Fixers which brings together young people who are campaigning on issues that affect their well-being.

Scroll down to see pictures from the event. 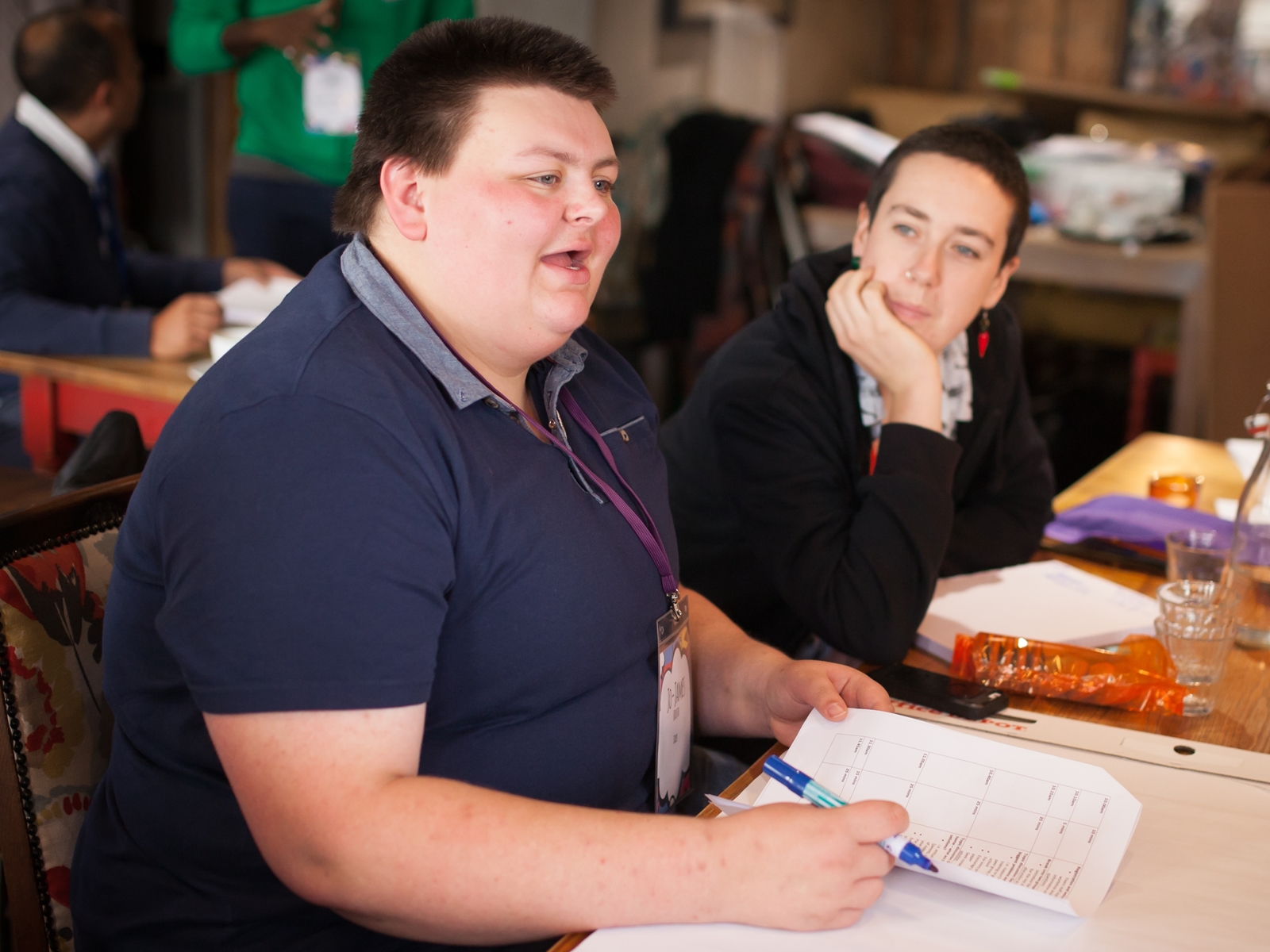 Fixer Jo-James Booth contributes his views in a workshop 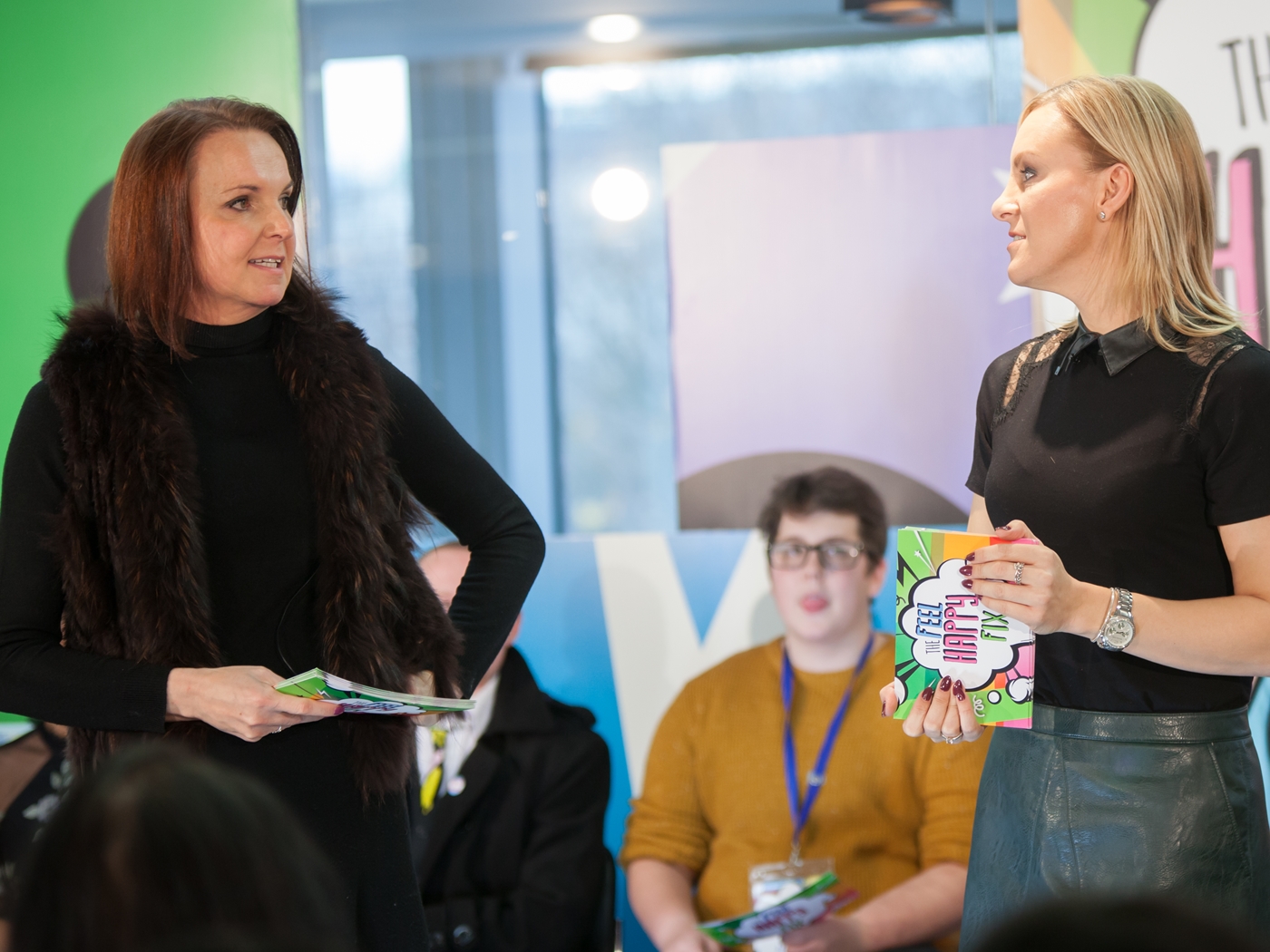 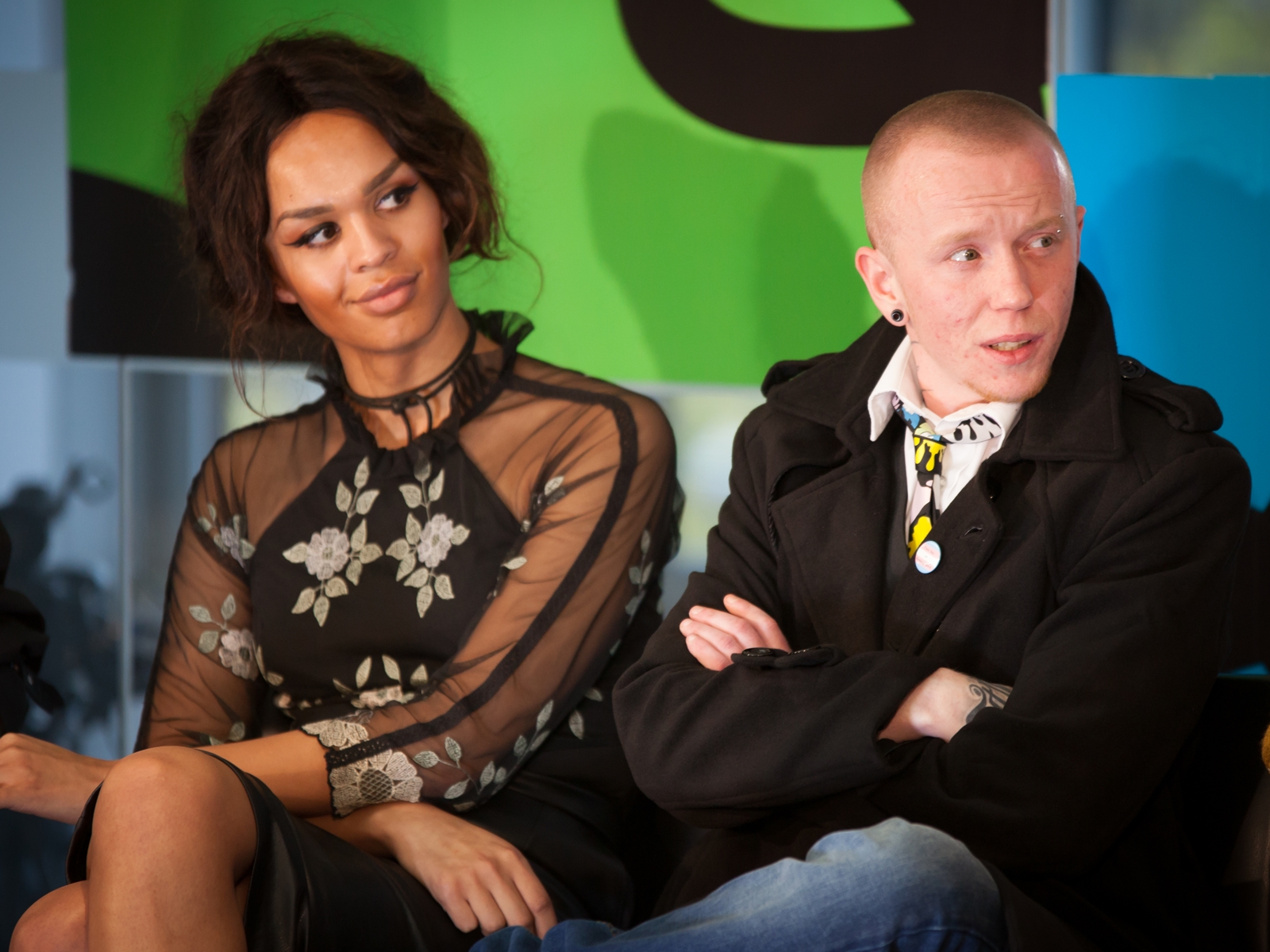 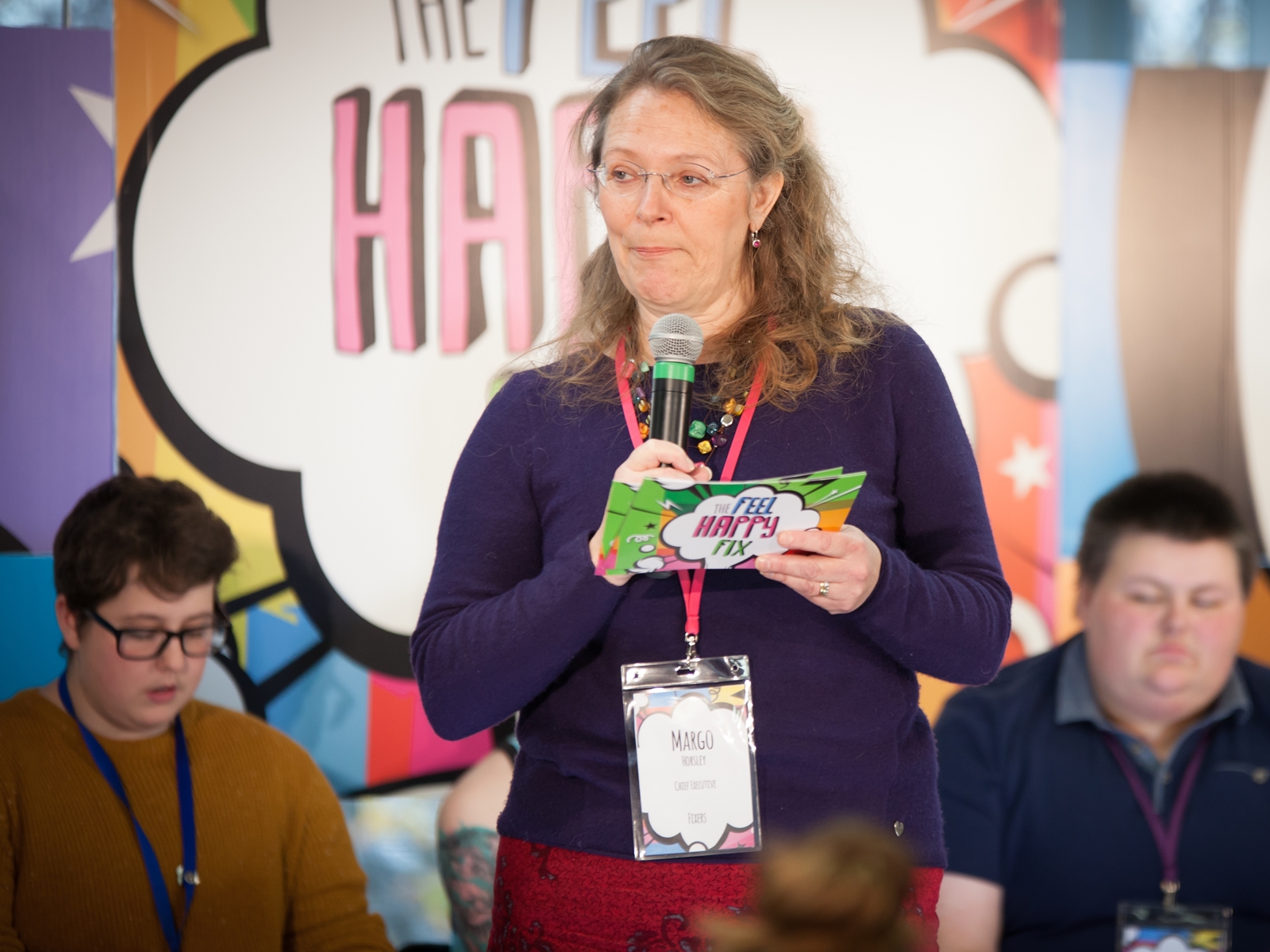 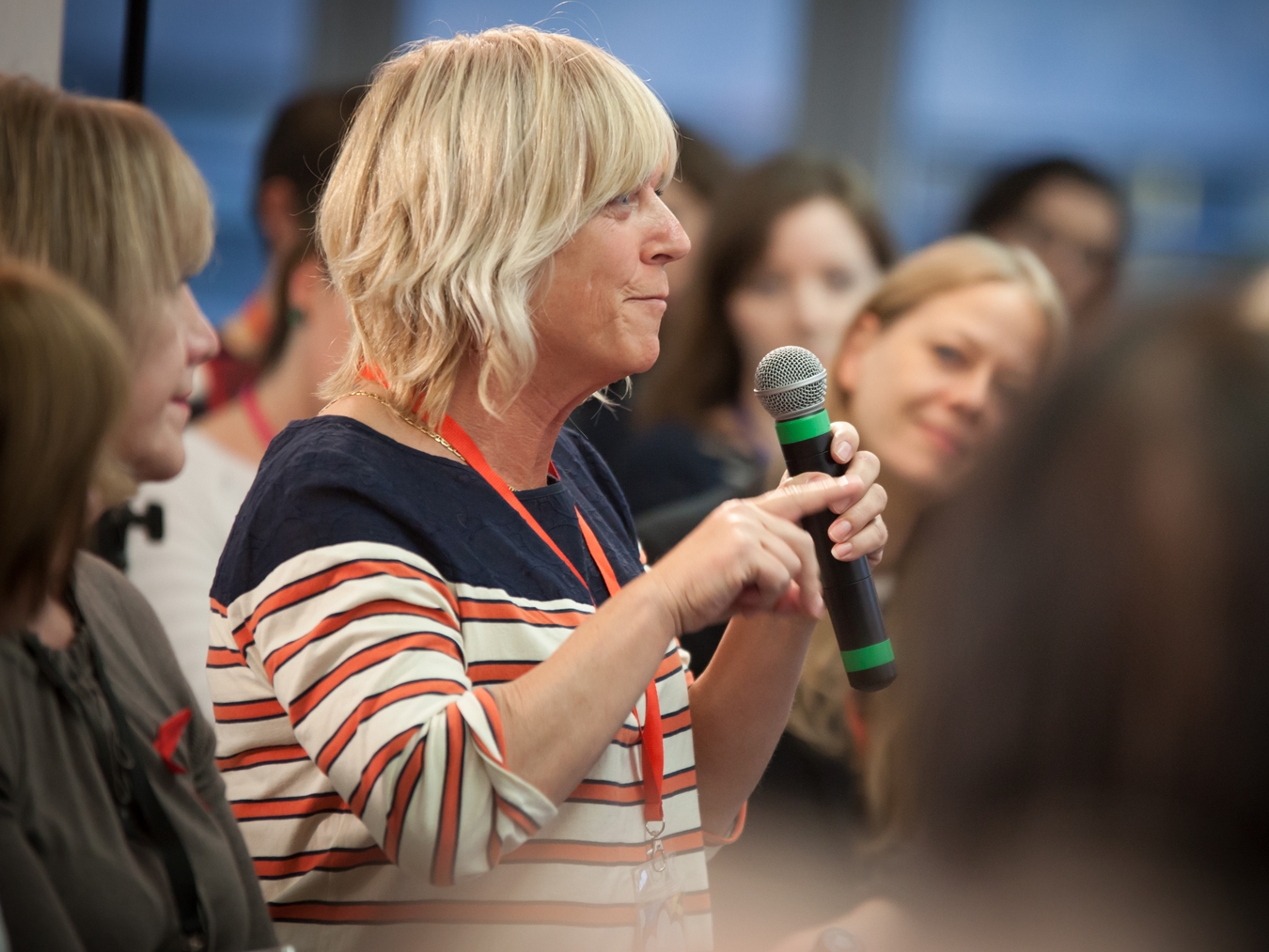 To view Fixers resources on this topic, click on the image below.