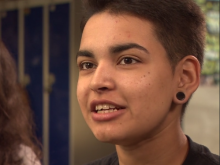 Natasha McCormick, 16, says boxing has kept her out of trouble 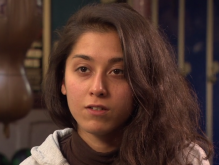 Shak Moghadam, 23, is more confident after taking up boxing 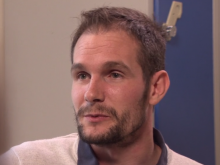 ‘Since I started boxing, I have completely changed. If I come across a challenge, I face it differently; I have become a lot more confident.’

For Natasha McCormick, learning to box has not only made her fitter, but it has boosted her self-esteem too.

With support from Fixers, which made a short film about her progress, she’s keen to share the benefits of boxing with other girls.

The film was broadcast on ITV News Meridian (W) on February 2.

Natasha, 16, adds: ‘I have learned how to promote myself as a person and it has really made my self-esteem go through the roof.’

The student, from Southampton, credits boxing for helping her to deal with issues at school.

She says: ‘Whenever I’ve had issues at school, I will come to the gym because it helps me to calm down.’

Fellow boxer Shak Moghadam, 23, agrees that boxing has had a positive effect on her life.

She says: ‘At university everyone was about going out and getting drunk.

‘I wanted to move away from that and I wanted to focus on a sport which would help me to progress.

‘Not only did I become physically stronger, I also became mentally stronger; I became a lot more organised with my uni work.

‘It’s a sport that has so many values. I want girls in particular to think about giving it a go.’

He says: ‘Ninety percent of the people who come to this gym don’t spar and don’t compete.

‘They just do it for wellbeing and fitness and as a means to meet more people.’

The girls asked Avoen Perryman from England Boxing how more women could be encouraged to try boxing.

He said: 'We could work with the top 20 percent of clubs that are ready and able to engage with projects like increasing female participation.

'We could link them up with local schools, and we could market that they’re available and looking to taking new female members.'