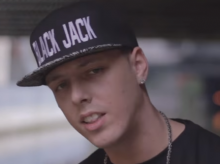 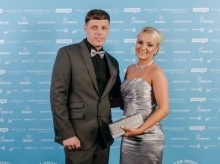 A young Manchester man who spent nearly seven years of his teenage life growing up in prison has made a film with Fixers telling how he broke the cycle of crime.

In a remarkable turn of events, Jack Hawksworth, who was sent to jail four times for a string of offences, is now a Christian and makes an honest living as a builder.

With Fixers, the 26-year-old is sharing his story to show others that they can change their lives.

Jack, who was part of a gang in Newall Green, says: ‘I had this moment when I realised that I didn’t want to be in prison anymore.

‘It made me realise that I’ve only got one life.

‘I began learning about Christianity when I was in prison, and I decided to change my ways.’

Jack’s mum was so scared that her son would be killed on the streets of Manchester that she bought him a bullet-proof vest to wear when he was just 16.

He says: ‘My best friend was stabbed to death by a rival gang when he was 17.

‘We used to hang out together all the time; so my mum thought that I would be next.

‘Knowing that I was wearing the vest helped her to sleep at night.

‘Over the years, seven of my mates from Newall Green have died.

‘I’ve seen how devastating that’s been for their family; I couldn’t bear to inflict that pain on my mum.’

When Jack was 14 he was sentenced to ten months inside a youth offenders’ institute for burglary.

Then, when he was 16, he was sentenced to two years for robbery.

Shortly after he was released from prison, Jack was convicted of possessing a firearm and sentenced to two-and-a-half years.

His final stint in prison came at the age of 21, when he received a seven year sentence for robbery, for which he is currently on licence.

He says: ‘After I went back to prison for the fourth time, people began to turn their back on me, thinking that I would never change.

‘I began to lose all hope that I would ever be a free man again.

‘But then I began learning about Christianity in prison, and realised that I could have a second chance and change my ways.’

When Jack was released from prison he signed up to a course in construction and trade at Salford City College, which later gave him work as a builder.

He says: ‘There are people out there who’ve been involved in a life of crime, and they don’t feel that there’s any way out.

‘They feel like that’s their life and that’s it. But I want them to know that while you can’t change the past, but you can change the future.’

Nick Shahlavi is a youth worker for the Message Trust, a charity which introduces Christianity to young people in prison.

He ran a music course inside Forest Bank prison where he met Jack, whose stage name is Black Jack.

Over the course of three years, the pair prayed and studied the Bible together.

He says: ‘After a while, I began to notice big changes in Jack.

‘His music began to contain powerful messages, rather than glamourizing crime.

‘It was amazing to see the transformation in him; when his heart changed, his music changed.

‘His music now is more powerful and someone else can listen to it, learn from it, and be challenged by it.

'He is proof that people can change.’