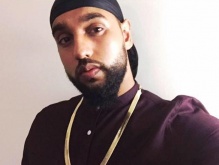 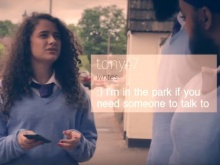 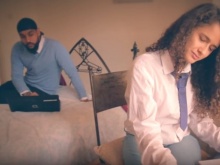 Gurdeep appears in the Fixers film

A young man from Slough, whose friend was groomed as a teenager at school, is reaching out with a powerful film to help other young people spot the warning signs.

Gurdeep Singh Cheema, 21, created a film with Fixers showing a young girl being groomed by a man she meets online.

He was inspired to tackle the issue [which involves someone building up an emotional relationship with a young person for the purposes of sexual exploitation] after discovering his own friend had fallen victim.

‘I had no idea that she was being groomed at the time,’ he says.

‘We had been introduced by mutual friends and got on well, but we lost contact – she stopped replying to my messages and taking my phone calls.

‘A few years later I attended a talk in London. Her dad was there, and I found out that she had been groomed by someone older than her and had run away from home when she was 16. I don’t know where she is now or what happened to her.

‘I sometimes think if I went back to that time with the mentality I had now I could have helped, but I didn’t see any signs that she was in danger.’

Gurdeep hopes the film – which he appears in with his sister, fellow Fixer Harnaam Kaur – will highlight the issue.

‘I hope my film helps people to spot the signs of a potential groomer,’ he says.

'It's not right for someone older than you to do things like buy you a phone and tell you not to tell anyone and to only let them contact you on that number - it's encouraging secrecy and isolation.'

Gurdeep hopes that his film will encourage people being groomed to seek help.

‘I think young people can feel like there isn’t help available to them if they’re in that situation, or that they can’t reach out to someone, but I want to show them that they can,’ he says.

He plans to share the film on social media.