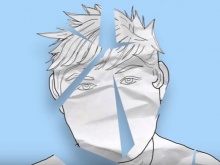 Alice shares her experiences in her Fixers film 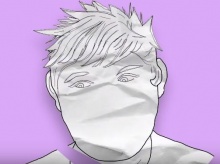 A woman whose partner used to lock her in her room for hours at a time has created a campaign to raise awareness of domestic abuse in LGBT relationships.

Alice, whose real name has not been used, has created a powerful film with Fixers sharing her experiences.

She met her partner when she was 19 and the abuse started six months into their relationship.

‘I had to cook and clean ‘right’ or she would get angry,’ she says.

‘I was pushed, beaten and shouted at. She would demand money from me and when I wouldn’t give it to her she would take my wallet and beat me.

‘We lived in a shared house – she rented one room and I rented another. When everyone had gone out she would take my keys, lock me in my room and leave me in there for hours at a time.’

The abuse continued for a year and a half, and Alice became isolated from her friends and family.

‘When I tried to go and see people she wouldn’t let me leave,’ she says.

‘I was only allowed to go and see my mum for four hours on a Sunday, and I had to be back at a certain time. My family would notice that I had bruises all over me and I’d tell them that I’d fallen over.

‘I was scared that if I told them what was happening they would say something to her, and then the beatings would get worse.

‘I felt lost and broken and I’d been pushed away from everyone.’

Alice said her breaking point came when she discovered that her mother was terminally ill.

‘The doctor told me that she only had a year or two to live, and I knew that I needed to get out of that relationship and spend that time with my mum,’ she says.

‘I decided to tell my friends everything. One of them helped me move out of the shared house and I moved back in with my mum and dad.’

Alice sought help from an LGBT support group and was also prescribed anti-depressants by a doctor.

‘I came to terms with what happened and I’ve realised that I was never the problem. I became me again – I got all my friends back and I’m more open with people.’

Statistics from LGBT domestic violence charity Broken Rainbow have shown that one in four lesbian, gay and bisexual people will experience domestic violence in their lifetime, and Alice hopes her film will highlight the issue.

‘I wanted to draw attention to domestic abuse in LGBT relationships and show that it isn’t something that just happens with heterosexual couples,’ she says.

‘I know from personal experience what it’s like and I want to share my story so that other people don’t feel like they’re on their own.’