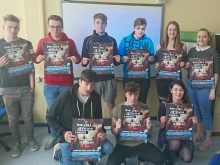 A group of young people from Northern Ireland want to break the ‘taboo’ of checking for testicular cancer.

With Fixers, they have created a poster which explains that checking yourself can take as little as three minutes and could save your life.

Group member Stefan Preston, who lives in Craigavon, Co Armagh, says: 'We want to  break what we still think is the taboo about checking for testicular cancer.

‘Cancer doesn’t discriminate. The more information there is about how easy it is to check for abnormalities the better.’

The group, who all attended Southern Regional College together, hope to encourage men to make checking for testicular cancer part of their everyday routine.

They have seen cancer affect people of all ages and want people to spot the signs of the illness early so they have the best chance of recovery. 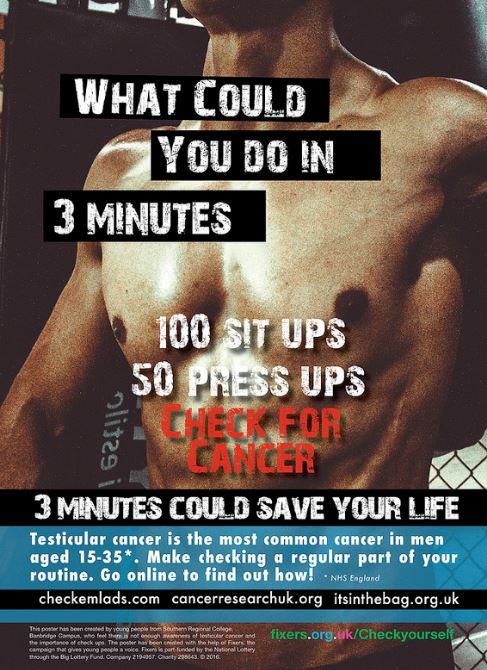 ‘As a group we all know people, family and friends of a mixture of ages and lifestyles, who have had a variety of cancer,’ says 20-year-old Stefan.

‘Some recovered, others were not so lucky. The news is always full of stories of people of all stages of life being diagnosed with cancer - like footballers John Hartson and Stillian Petrov, and Sir Terry Wogan, which goes to show that anyone can get it. What matters is catching it early enough to give yourself a chance.’

The group plans to share the posters in colleges, schools, gyms and health centres around Northern Ireland.

Stefan says: ‘If at least one person detects testicular cancer early enough to get successful treatment then we will have done something great.’