Cutting Down on Food Waste 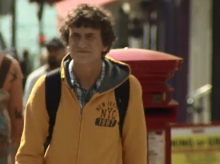 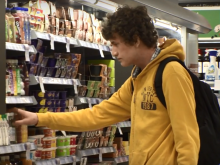 The Fixer thinks supermarkets could be doing more 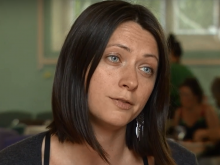 ‘People are wasting food by buying too much and cooking large portions that then get wasted.’

A teenager from Brighton is encouraging people to think twice about the amount of food they waste.

George Gathern,17, feels everyone has a responsibility to do their bit and stop throwing away perfectly good produce, especially when there are people who don’t have enough to eat.

His story was broadcast on ITV News Meridian East and West.

He says: ‘Here in Brighton, one third of all our waste is food and half of that is food we could eat.

‘Supermarkets are definitely doing work to reduce the amount of food waste, but I still feel they’ve got a long way to go.

‘I think if we didn’t waste as much food we wouldn’t need as much of it coming into the country, which would reduce the amount of carbon emissions.’

George volunteers for an organisation which takes food that supermarkets would otherwise throw away, and turns it into cooked meals for the public.

In support of his campaign is Vera Zakharov from Brighton and Hove Food Partnership, who appears in the broadcast.

‘George is absolutely right to be concerned about the issue of food waste. We know it’s still a big issue across the entire food chain from farms to supermarkets to restaurants to households.

‘Everyone is producing way more food waste than we should be. At the household level, the cost of food waste is up £700 a year for the average family.’

George adds: ‘The message I want to get across is that food waste is a problem we can easily solve. It’s a problem we could solve right now if we tried.’