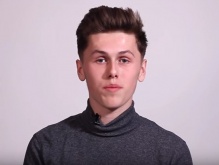 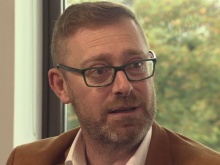 ‘I feel as though I am not accepted by our own health system and the people who take care of us. To feel fully accepted you need the law and health system to accept you.’

That was the reaction of Lewis Hern, a young gay man from Pontypool, when he discovered he couldn’t give blood if he had been sexually active during the previous year.

A 12 month deferral period was determined because blood-borne viruses such as HIV and Hepatitis B do not show up in the blood straight away.

However some people like Lewis feel this discriminates against gay or bisexual men, as heterosexual donors are not excluded under the same criteria.

With Fixers Lewis has made a film calling for the 12 month ban to be lifted.

His campaign was broadcast on ITV News Wales on October 6.

He says: ‘I was shocked when I discovered that gay men couldn’t donate blood unless they had been celibate for at least a year.

‘It made me feel as though I wasn’t fully accepted by our own health system - the people who care for us.

‘I also felt I was being prevented from doing the right thing, and giving blood to help others.

‘It would make me happy if gay men could be actual members of society and have the same chance to donate blood like everyone else.

‘A lot more lives would be saved if gay men could donate because there would be so much more blood available.’

Blood cannot be stored forever, so a regular supply of donors is needed.

He says: ‘Since they last revised the guidelines, the science has moved on. We all want the blood to be tested but on a scientific basis, not on the basis of a questionnaire you fill in when you go to donate blood at the village hall.’