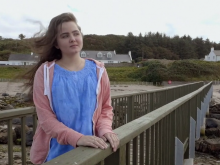 Lucia, 17, has had three liver transplants 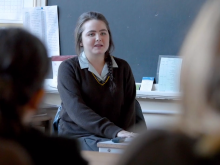 Lucia talks about the organ donation register at school 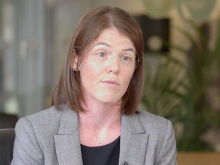 ‘I had my first liver transplant when I was eight-years-old and then I had my second when I was nine, followed by my third when I was 16.’

Lucia Mee, who has had three liver transplants, is campaigning to get organ donation taught on the school curriculum.

The 17-year-old appears in a film made by Fixers, which was broadcast on UTV Live.

‘It’s had a huge impact on me -  it’s saved my life three times and not only has it saved my life, it’s given me a life that is filled with many different things like ballet and swimming and lots of other stuff which I love to do.

In the film, Lucia, who is currently studying for her AS Levels in Cross and Passion College in Ballycastle, gave a presentation.

Lucia was diagnosed with auto immune hepatitis, a condition which causes the cells in her body to attack her liver.

When she was eight, she underwent her first transplant, but her body rejected the organ 10 months later, forcing her to have another operation.

Her liver was put under stress and never recovered, so Lucia received her third transplant when she was 16.

Lucia is currently studying for her AS levels in Cross and Passion College in Ballycastle where, as part of her Fixer campaign she delivered a presentation to a group of her peers.

Dr. Catherine Coyle, consultant in public health says: ‘In Northern Ireland, 37 percent of the population are on the organ donation register which is excellent, but we do need more people to sign the register.

‘The statistics help paint a picture, but what really brings it home is the personal story and the fact that it’s from a young person.’