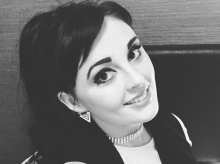 Alicia has battled OCD since she was 11 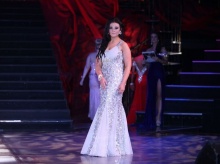 Alicia has found a new life in beauty pageants 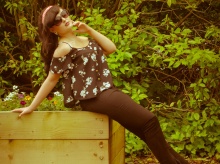 Alicia strikes a pose in a modelling shoot

A teenager whose struggles with Obsessive Compulsive Disorder left her confined to her own home for months at a time has designed a poster with Fixers to help others understand the mental illness.

Sometimes a thought pops into her head, and if she doesn’t tap five times, she believes her family will die.

The 18-year-old says: ‘Although you know the thoughts are irrational, it’s something that’s impossible to control.

‘You could be giving a presentation or just sitting on a bus, and suddenly be overwhelmed with the need to tap your head a number of times to stop something dreadful happening.’

Alicia, from Grangemouth, Stirlingshire, was diagnosed with OCD when she was just 11-years-old after suffering from panic attacks.

She says: ‘I made a real effort to stop the rituals, but then my grandad passed away.

‘I felt like it was my fault and ever since then, I’ve had this fear that if I stop, people will die.’

Alicia became so overwhelmed with intrusive thoughts that she stopped going to school because she didn’t want to leave the house, all of which had a huge impact on her life.

She says: ‘I’ve been so inhibited by OCD over the years; I missed months of school because I couldn’t leave the house and I wasn’t well enough to take my exams, losing out on the chance of studying paramedic science at university.’

Click on the image below to see Alicia's poster. 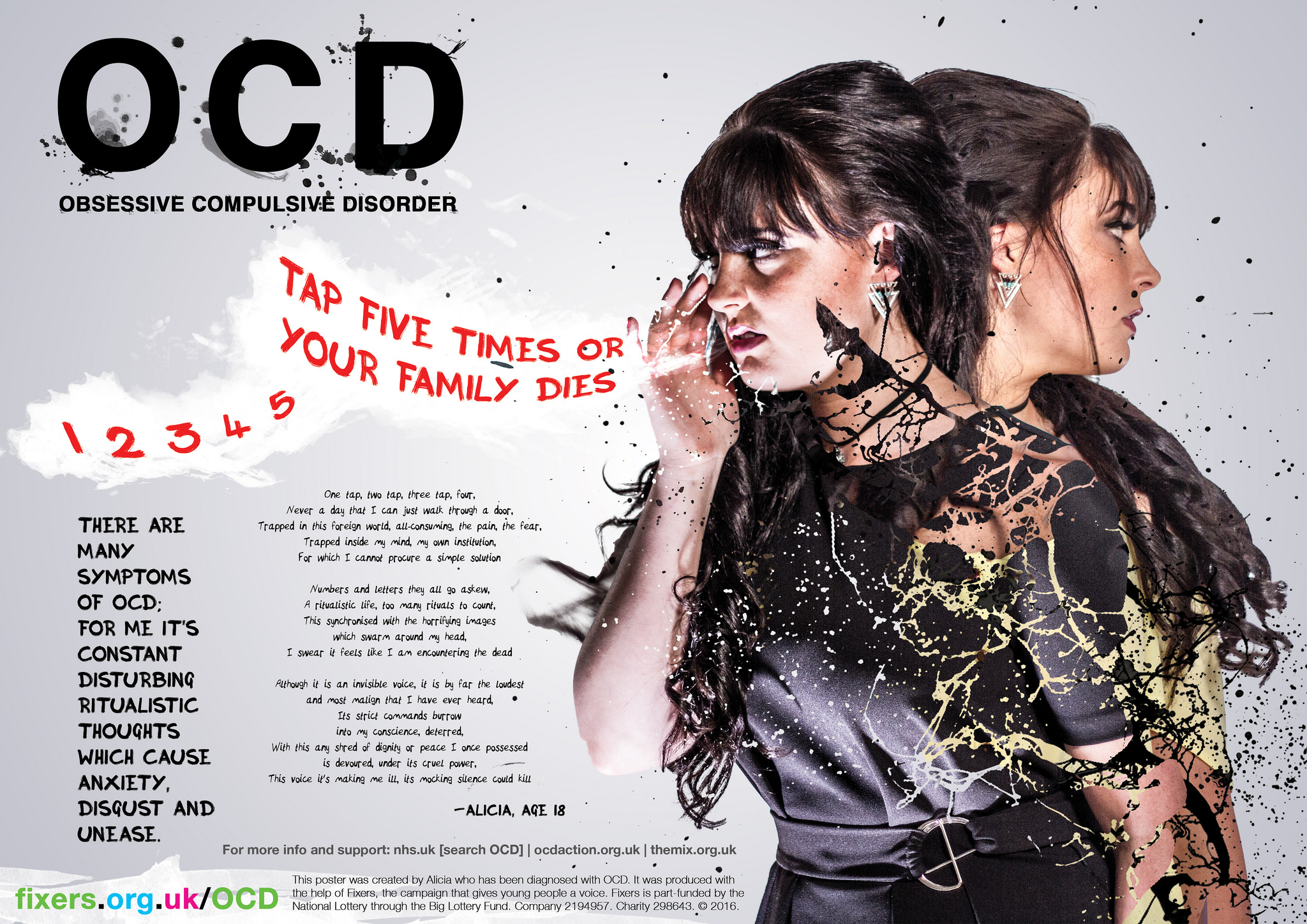 But in an extraordinary turnaround, Alicia has learned to manage some of the symptoms of OCD, by competing in beauty pageants.

Recently she won the regional heat of Miss Galaxy UK and was crowned Miss Galaxy Falkirk, and now she stands a chance in the national event next March.

She says: ‘Competing in pageants has made an immense difference to me; I feel like a whole new person.

‘At first I worried that I’d never be able to walk down the catwalk, that I’d be overwhelmed by the need to complete a ritual in the middle of a routine.

‘But as soon as I took those first steps on the stage, all those thoughts left my mind and my sole focus was on presenting myself.

‘I used to feel like OCD had destroyed all my chances of having a “normal” life, but now I feel so empowered by what I’ve achieved.’

Alicia says she has found the buzz of beauty pageants instrumental in blocking intrusive thoughts.

She says: ‘In the past, I would spend up to two hours tapping before being able to leave the house.

‘But when you’re competing in a pageant, there’s no time for that.

‘As soon as you come off the stage, it’s time to change into another outfit. You can’t dwell on negative thoughts – you just have to get on with it.’

Alicia hopes to use pageants as a platform on which she can raise awareness about mental illness.

She says: ‘Although some people with OCD do fear contamination and are driven by cleanliness, this is only one type of OCD.

‘I’d like to make people more aware of the truth behind the stereotype; OCD is no laughing matter and it is truly debilitating in every way.’