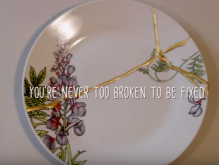 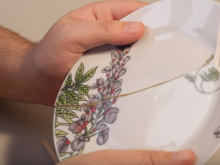 A woman who started taking drugs at the age of 13 has created a film with Fixers to break the stigma concerning different substances.

Chloe, whose real name has not been used, has chosen not to say which drugs she was addicted to.

The 25-year-old from Glasgow says: ‘I don’t want people to think that I haven’t got a problem because I was only using softer drugs, or think that because I was using harder drugs than them they can’t relate to my story.

‘I think the stigma around certain drugs, like heroin, can stop people realising they have a problem.

‘People think you’re a ‘junkie’ if you take heroin, but that if you’re just taking weed and pills and coke then you’re not.

‘It’s like saying that you never had a problem with drugs because you never took that one in particular.

‘Lots of people are recovering from addiction and moving on with their lives and that’s what matters. I hope to start a conversation about why people feel the type of drug you were taking is important.’

Chloe began taking drugs because of a difficult home life.

She says: ‘My mum was addicted to drugs and I suffered physical, mental and verbal abuse. I experienced neglect and I had to learn to look after myself.

‘Drugs made it easier to zone out and not be as affected by what was happening. They were a way of hiding the feelings that I couldn’t cope with.’

After leaving school she enrolled in a college course, started working in retail and living independently, but continued to take drugs.

She says: ‘I thought I was doing okay because I was working and studying and paying my rent, but I wasn’t.

Things came to a head when Chloe was arrested last year.

She says: ‘I was genuinely suicidal and hit rock bottom. I knew I had to do something, so I went to a doctor and got help for my mental health.

‘I was referred to community rehab by my community practice nurse.’

She hopes to show her film to other young people who may be struggling with addiction.

She says: ‘I want to show people there isn’t only one drug that you can be addicted to and if you have a problem then help is available.’