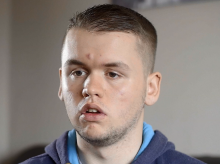 James wants to address the issue of suicide in Northern Ireland 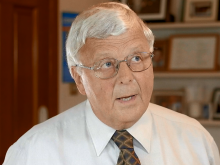 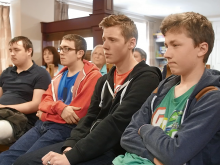 ‘Why are almost as many people dying from suicide in Northern Ireland since the Good Friday Agreement as were killed during the entire Troubles?’

After hearing that twice as many people are dying from suicide in Northern Ireland than in the rest of the UK, 21-year-old James Connolly wants to get people talking about what he considers to be the ignored toll of suicide in the province.

With Fixers, he has made a film which was broadcast on UTV Live on Sunday, September 11.

James, from Cookstown, says: ‘People are dying and we just stand here and keep quiet. It’s not right.

‘I want people to realise how many people have died from suicide and that something should be done and it should be talked about.

I know some people find it difficult to talk and open up, but there’s people out there who can help them.’

James met up with a young man called Joshua Hewitt who tried to take his own life when he was 14 after he was targeted because of his Tourette’s.

Now 19, Joshua says: ‘I was bullied to the point where I tried to take my own life.

‘I wasn’t accepted, and when the Tourette’s kicked in I was mocked to the point where I nearly cried myself to sleep every single night.’

Dr Alan Turtle, chairman of the Niamh Louise Foundation in Cookstown, called for more research to be done into the reasons behind the surge in suicides.

He says: ‘It’s the highest year on record, and it’s very hard to know why that is.

‘I think it’s important that we take time to do further research to find out why there are so many deaths by suicide, especially in young people, in this province of ours.’