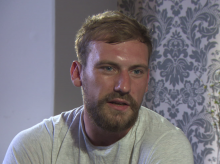 Calum talks about the benefits of volunteering abroad 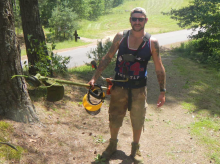 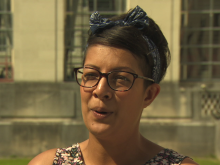 A jobless young man who volunteered in a forestry project in Italy, Poland and Lithuania tells how it led to a job as a landscaper and allowed him to break free from a life lacking in direction.

As a result, Calum Barron is spreading the message with Fixers that taking part in voluntary work can have a positive effect on your life.

He told his story to ITV News Wales on Thursday, September 8.

Calum, from Penarth, Wales, says: ‘My Fixers project is about helping young people to broaden their minds.

‘Volunteering abroad shows you a massive world of other people from different places, different cultures and gives you the chance to learn things you never knew about yourself before you went away.’

Calum explains how a youth worker encouraged him to try volunteering, even though he was initially sceptical.

He says: ‘At first I didn’t like the idea of working for free. But I wasn’t working anyway, so I thought I’d go ahead and give it a go.

‘When you can go over and help someone build and be part of something it’s so much more rewarding for yourself, it actually makes your heart warmer.’

Calum also believes that volunteering is key to making a multi-cultural society work.

He says: ‘If the world wants to get on there needs to be an exchange of cultures - people need to learn more about others and respect them.’

Leila Usmani from the European Voluntary Service which has sent hundreds of young people from Wales on international projects says: ‘Calum is a great example of a success story. It's brilliant that he’s trying to promote these opportunities to other young people, engaging them and telling them his story.’