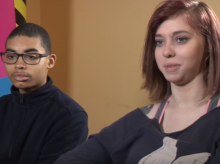 Marvin and Louise want to change perceptions about living in hostels 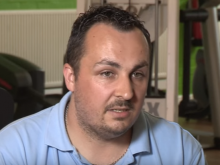 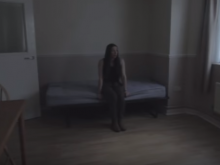 Still from the Fixers film posed by actress

‘I fell out with my best friend because I live in a hostel and her mum thought I was on class A drugs and cannabis.’

‘I get various comments about being a benefit scum, that I just want to live on benefits for the fun of it, that I don’t want to get up and go to work.’

‘I recently got a job and they were worried that because I live in a hostel, I might not turn up at all.’

It was experiences like these that led Marvin Matherson and Louise Camplin to try to change people’s perceptions of what it’s like to live in a hostel.

With Fixers, Marvin, 18, and Louise, 20, who both live in the Ipswich YMCA, have made a short documentary showing how they’ve actually benefited from living in a hostel.

Their story was broadcast on ITV Anglia on Thursday, September 8.

Marvin says: ‘After living here I know a bit more about how the world works really.

‘I used to think everyone would bring stuff to me and actually the role’s been reversed.

‘So I actually have to sort stuff out for myself.’

Nathan Woodstock, engagement officer for the YMCA, explains that people tend to think that hostels house people with drug problems.

He says: ‘The misconception most people have is that people here have drug problems, alcohol, and that they’re just here to waste their time and have a bit of fun.

‘Whereas the reality is that people are here because they’ve had bad luck in their life.

‘We are here to help them along the way and move them out the other end with life skills that can help them maintain independent living.’

Louise views the experience of living in the hostel in a positive light.

She says: ‘We are not always unlucky to move in here. Some people think you are, but we all think we’re quite lucky living here because we have opportunities we have never had before.’