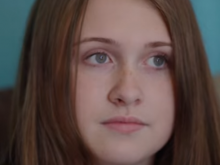 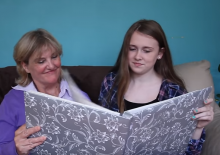 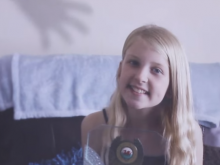 'Laura' hopes to help others who have experienced abuse

A teenager who was sexually abused as a child has launched a campaign to help others who have been through the same experience.

Laura, whose real name has not been used, has produced a moving film with Fixers showing the lasting impact sexual abuse has on people.

The 19-year-old from Staffordshire says: ‘I was 11 when the abuse started and it went on for two years. The abuser was known to my family.

‘I held it in for years. At the time I didn’t really understand what was happening, but as I got older I realised how serious it is.

‘It affected me mentally and socially. I felt isolated from people, I didn’t trust anyone and I was closed off.

‘I went through a phase where I wore a lot of make up because I wanted to cover my face – I felt ugly and disgusting. I wanted to hide my identity.’

Laura later confided in someone about the abuse.

She says: ‘When I was 16 I opened up to one of my friends, who told my brother. My mum then called the police straight away.’

But a lack of evidence meant Laura’s abuser walked free and the abuse she suffered continued to affect her.

Statistics from the NSPCC show that one in 20 children in the UK have been sexually abused – but one in three of these did not tell adult.

She says: ‘My behaviour changed drastically. I became rebellious and got into trouble all the time at school.

‘I didn’t want to do things that people were asking me to do – even teachers. I didn’t want to feel like someone had power over me -  the thought made me feel sick because that’s how I had felt during the abuse.

‘I kept blaming others and I blamed myself for a while.’

However, after she was counselled when she was 17 she noticed positive changes.

Laura says: ‘Counselling helped me cope and I learnt to deal with what had happened. Now I feel happier within myself.’

She hopes the film will help others who are suffering.

She says: ‘I want the film to raise awareness of sexual exploitation and child abuse. It’s happening everywhere and not many people know that there’s help available.'