Stand Up To Bullying 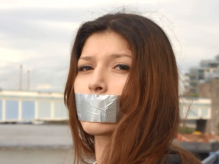 Thalia wants people to speak out against abuse 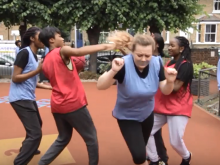 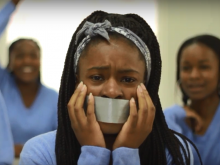 Thalia's Fixers film encourages people to talk about their issues

A young woman has told how she bears emotional scars – after being bullied when she was just eight-years-old.

Thalia Fernandez, says she was singled out in primary school because of her South American heritage.

With Fixers, Thalia has made a film about bullying which encourages victims to speak to someone if they are being targeted.

The 19-year-old says: ‘I was the only Latin child at the school so I didn’t fit in.

‘I didn’t feel like one of them and was too ashamed to tell anyone.

‘My mum eventually found out because I became very quiet and something was done about it.

‘I was only young at the time, but those memories have stayed with me.

‘I wish I had told someone sooner. They could have stepped in to help.’

Thalia, who has just finished a level three performing arts course, features in the Fixers film, which she plans to share in local schools.

The short piece looks at a number of scenarios showing different kinds of abuse and encourages victims to come forward.

‘We wanted to show that abuse comes in all forms,' she says.

‘People keep issues to themselves and it can be for a number of reasons including shame or fear of what might happen if they say something.

‘But speaking out is crucial.'