Cyber Bullying on the Stage 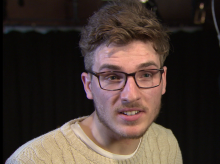 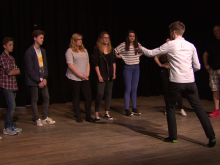 With Fixers, Glen has directed a play about the issue 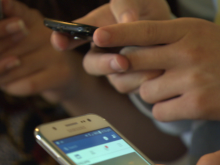 ‘I had a friend who started getting messages about her weight. Instead of blocking them she retaliated and that only led to more and more messages coming through anonymously.’

The youth theatre director says he is seeing more and more young people using smart phones, putting them at risk of cyber abuse.

His story was told on ITV News Central and ITV News Anglia on Thursday, August 4.

The 22-year-old, from Peterborough, Cambridgeshire, says: ‘It’s easy for one person to start it and it ignites from there, so other people can comment and share statuses and stuff like that, so you can go to bed being attacked by one person and then wake up with twenty more on your case.'

Glen believes that over the past two years, the problem has escalated with devastating consequences for those on the receiving end.

He says: ‘Bullying can impact young people in different ways. Some will lose confidence in themselves, while others will suffer from depression and even suicidal thoughts.’

Glen’s campaign is supported by Lisa McLean, head of projects at YMCA Cambridgeshire and Peterborough, which provides counselling services for young people.

She says: ‘The work that Glen is doing is really important.  We know that cyber bulling is on the increase, we know that over half of young people have witnessed it through social media.

‘We know that 42 per cent of young people don’t feel safe online so it is a huge problem.

‘It is only getting bigger with more young people having access to things like smart phones and tablets.’

Glen adds:  ‘Because they’re so young a lot of these children may not realise the difference between bullying and joking.

‘Sometimes it goes beyond a joke and that’s something we have to try and stop.

‘I hope my project makes people think twice about what they post online and  I hope it dissuades them from getting involved in this cruel behaviour.’