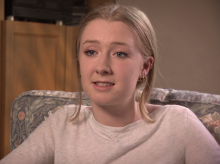 Freya Pigott spoke to ITV about her Fixers campaign 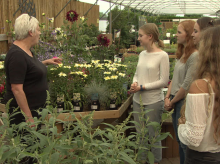 With Fixers, the group created a leaflet showing people how they can help bees

‘Bees are so important because they pollinate 75 per cent of our crops. That means a lot of our food sources wouldn’t be there if we didn’t have bees.’

News that the bee population is in decline – and could pose potential risks to major crops - has prompted a teenager from Wiltshire to take action.

Freya Pigott, 18, has made a booklet with Fixers to show people just how important bees are to 70 types of crops in the UK, which rely on bees to pollinate them.

She spoke to ITV News West about her Fixers project on Thursday, August 4.

Freya, from Devizes, says: ‘It explains the challenges facing bees along with some ideas of what people can do to help.’

She is urging gardeners to take simple measures, such as growing nectar-rich flowers, to help bees.

The 18-year-old enlisted the help of some students from St John’s school in Marlborough, and as part of their research they spoke to a beekeeper about the decline in the bee population.

Incredibly, Robert Carpenter Turner reported that bees are more active in London than the countryside due to a proliferation of gardens with flowers, as opposed to crops.

He says:  ‘I kept bees in London where there are thousands of gardens full of flowers,  and I used to average around 150 pounds of honey per colony.

‘If you look around here, in the country, you’ll see acres of corn but not many places to forage for the bees.

‘As a result, I only average about 30 pounds of honey per colony here.’

Click below to take a look at Freya's Fixers resource and to read more about her story. 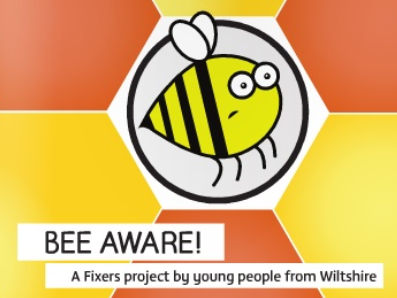 The group went on to speak to horticulturist Zena Robson for advice on what to plant in the garden to attract bees.

‘Generally speaking you are looking for simple, open flowers where a bee can land easily, and where there’s easy access to pollen and nectar,’ says Zena.

‘Single dahlias are a good example but there are lots more. Another favourite are tubular flowers, like foxgloves, where a bee can get inside and rummage around.’

For Freya, there’s a wider message to her project.

She says: ‘In today’s world, where we live so much though our phones and online, I think people often forget about the actual physical world we live in and the nature that surrounds us.

‘We’re part of a cycle and a community, and as humans living here, we’ve got to take responsibility.’