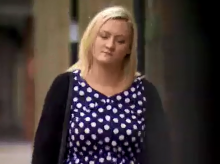 Lucie warns that sugar can cause tooth decay 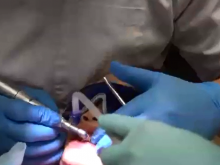 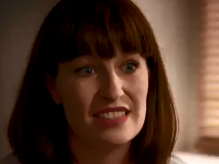 ‘I work in a dental practice and every day we see children in pain, with dental decay, who have to go to hospital to have their teeth taken out. It makes me feel quite upset because it can be prevented.’

Lucie Howard works in the North West, one of the worst regions for tooth decay among children.

Figures from Public Health England show that a third of five-year-olds have tooth decay in the North West as opposed to a fifth in the South East.

The Bolton dental practice manager says sugar is to blame, explaining that parents need to limit their children’s consumption to four times a day.

Her story was broadcast on ITV Granada Reports on Thursday, August 4.

The 23-year-old says: ‘Grazing throughout the day is one of the worst things that you can do because the teeth are constantly getting attacked by sugar, and that’s what we call a sugar attack.

‘When you graze on food your mouth can’t neutralise the acid, so that’s when holes happen.

‘We try and say limit the frequency of sugar to four times a day.’

‘Parents need to know that it’s the frequency of sugar not the amount of sugar that the children are eating that’s the problem.’

Doctor Deborah Moore, from the University of Manchester School of Dentistry says tooth decay and having teeth extracted is the biggest reason that children are admitted to hospital in the country.

She says: ‘Unfortunately the North West is often the worst nationally with one in three five-year-olds suffering from tooth decay, compared to one in four nationally.

‘The message is to reduce sugar intake, both for the benefit of general health and oral health.’